While exploring Miami Beach last weekend, I entered the Sagamore Hotel in order to see the various art works that they had available to the public in their lobby. As I walked down the hallway, I saw this: 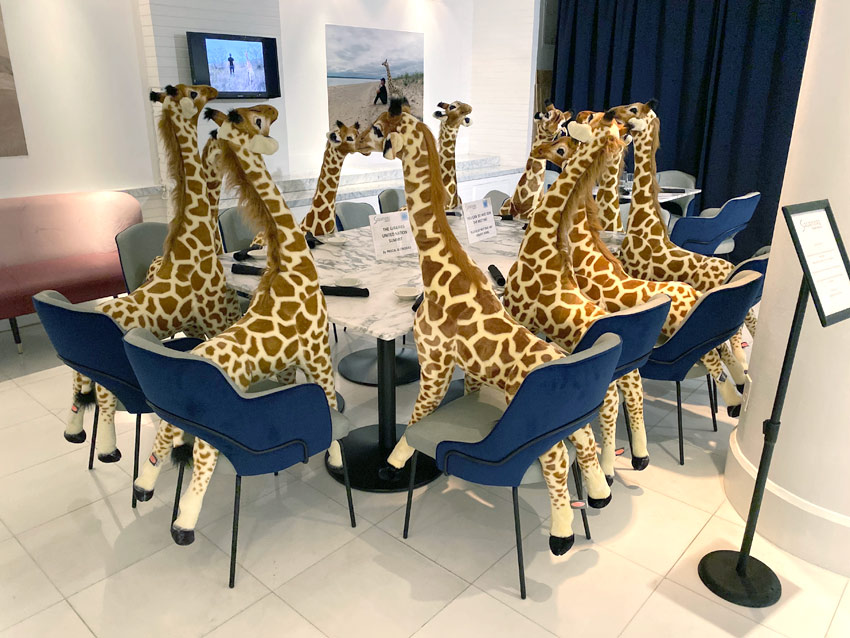 It’s certainly an unexpected art installation – as I looked closer, I learned that it’s by the artist Pascal Blondeau, and it is described as follows:

“On October 15 of 2019, on the eve of the UN General Assembly in NYC, the Secretary General received an alarming diplomatic telegram from Africa. Every day, animals of various species are being killed and slaughtered in the most violent way, some species are on the brink of extinction – the future of Planet Earth is at risk.“

“As a consequence, the High Council of Giraffes has decided to organize an extraordinary Summit under the UN emergency task force at the Sagamore Hotel during Miami Art Week 2019. One chair is left empty for any human willing to take part and act to help endangered species.“

Here’s another couple of looks at the giraffe summit: 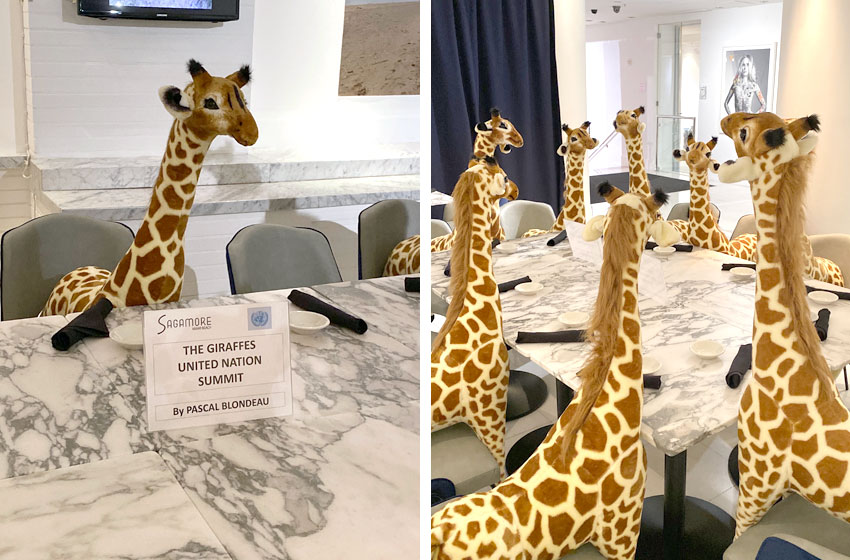 Here’s Our Definitive Guide to All the Art Fairs Taking Place...

SculptorCentral - January 11, 2020
0
The roaring ’20s are upon us, and there are enough art fairs on the calendar to keep everyone prosperous. Kicking off the year is...

Turning pages: down with minimalism