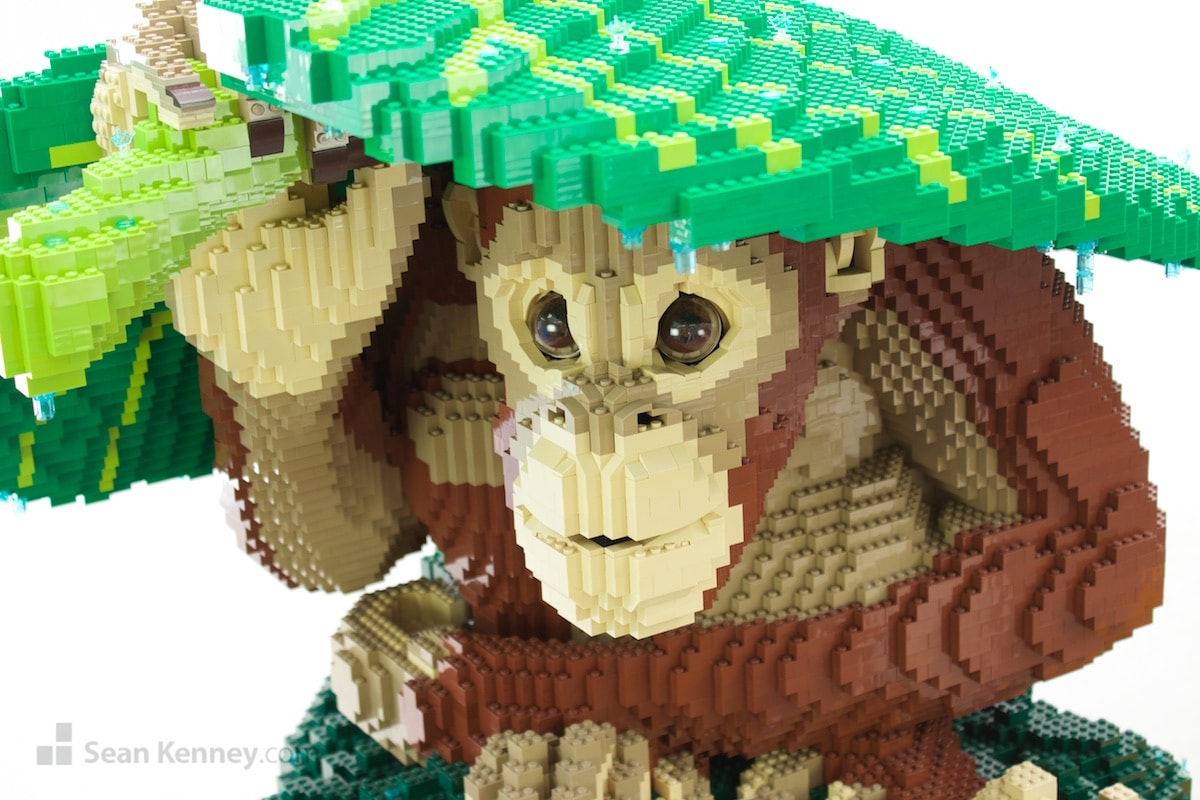 “Orangutan In The Rain” by Sean Kenney

Traditional sculptors use a variety of classic mediums—clay, plaster, marble—but Brooklyn-based artist and “professional kid” Sean Kenney opts for something different—he works with LEGOs. LEGO bricks are a medium familiar to all. For many budding young artists, the colorful bricks are their first introduction to sculpting and engineering. Kenney continues to use the toys for this purpose, combining his expertise as a cartoonist with meticulous blueprints. Lately, he’s been using his medium of choice to sculpt a menagerie of animals for a touring exhibit entitled Nature Connects. The exhibit, produced by Imagine Exhibitions, asks, “Just as LEGO bricks interconnect, how is our natural world interconnected?”

Incorporating flora and fauna, with some being larger than life, Kenney’s work invites visitors to stumble upon anything from a crouching clouded leopard to a lofty hummingbird poised above a lily. The sculptor works with a team of artists to research, plan, and execute each sculpture over several months. Depending on the size, each project may take up to nine months and almost 50,000 bricks. Many of Kenney’s largest pieces appear to defy gravity. In an illuminating video showing the creation of a hummingbird statue, one can see the cleverly hidden metal structure which supports the bird’s weight. Each LEGO piece is also glued. Kenney and his team have completed over 150 natural works of art.

Over a 15-year career, Kenney has created architectural replicas, LEGO portraits, and countless other colorful compositions. His sculptures can be found in gardens and zoos across the Unites States. The creative sculptor’s work inspires wonder in part due to the accessibility of the medium. The incongruity of a child’s toy used to create extraordinary art offers food for thought on how adults can maintain creativity and imagination in daily life.

Nature Connects also hopes to raise awareness about endangered species and the conditions which imperil their future. For example, in Deforestation, the clouded leopard of Taiwan faces massive habitat loss and may soon vanish. “One of the biggest challenges is trying to get the softness of [an animal’s] features and the expressiveness of the face right while using what is otherwise a very blocky, low-resolution medium,” Kenney explains. “When you’ve done it, you’ve really done it. You step back and are proud of it.”

You can currently Kenney’s show-stopping sculptures at the San Antonio Zoo, Flamingo Gardens, and the Denver Zoo. And if you’re interested in bringing Nature Connects to your zoo or park, check out Imagine Exhibitions for more information on the five traveling sets of sculptures. To see more of Kenney’s work, including his other traveling LEGO exhibitions World of Bugs, Animal Super Powers, and Nature Pop! you can explore his website. 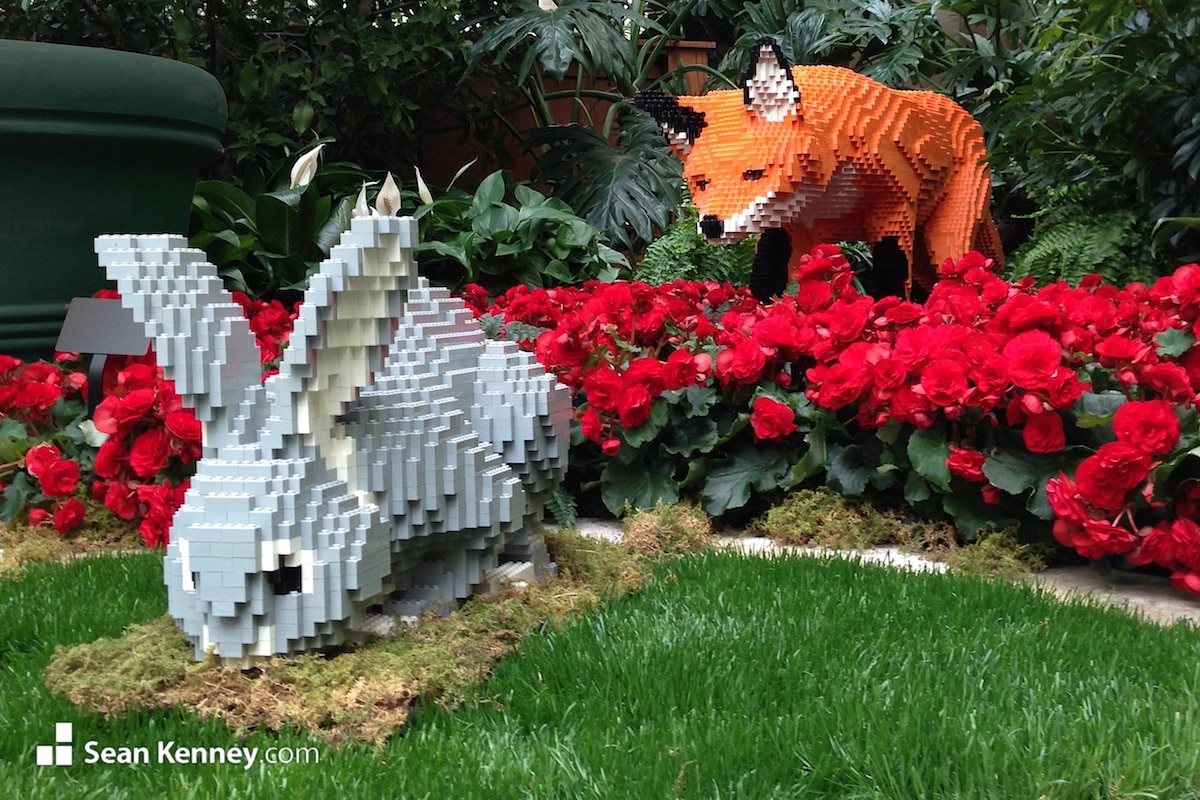 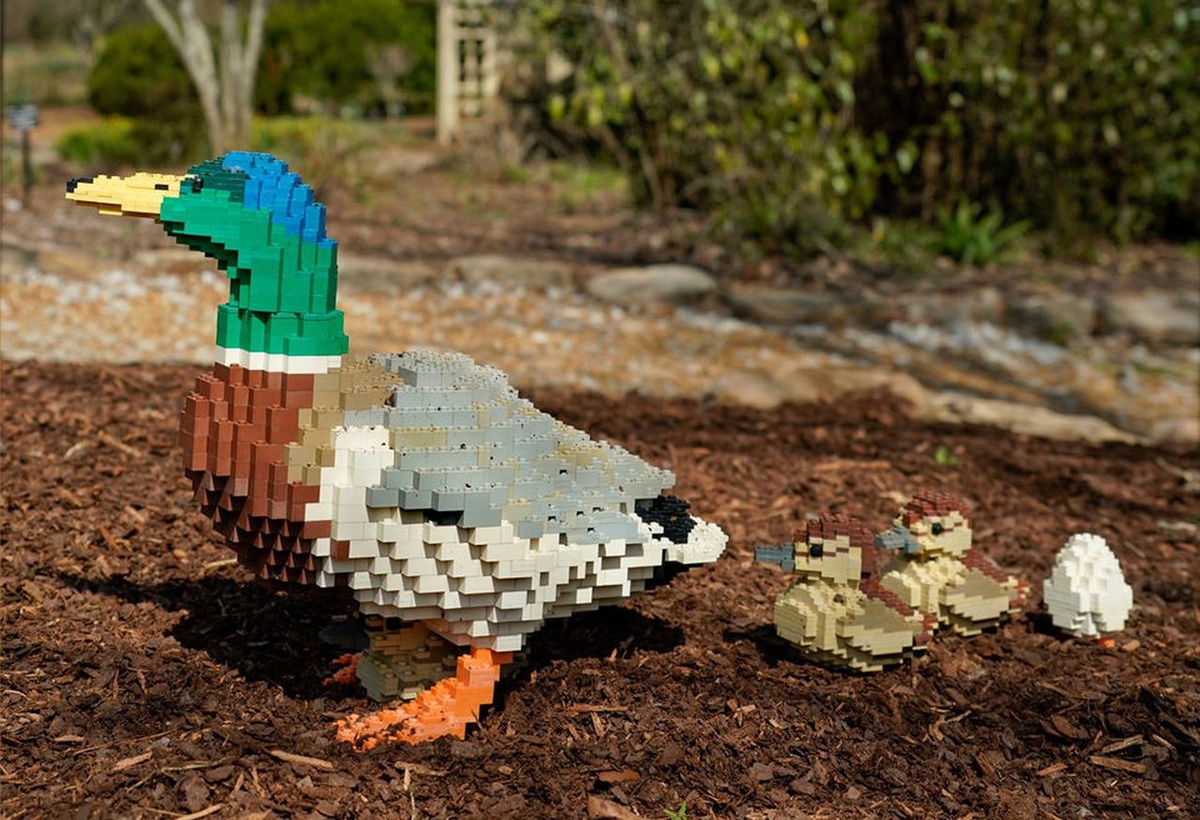 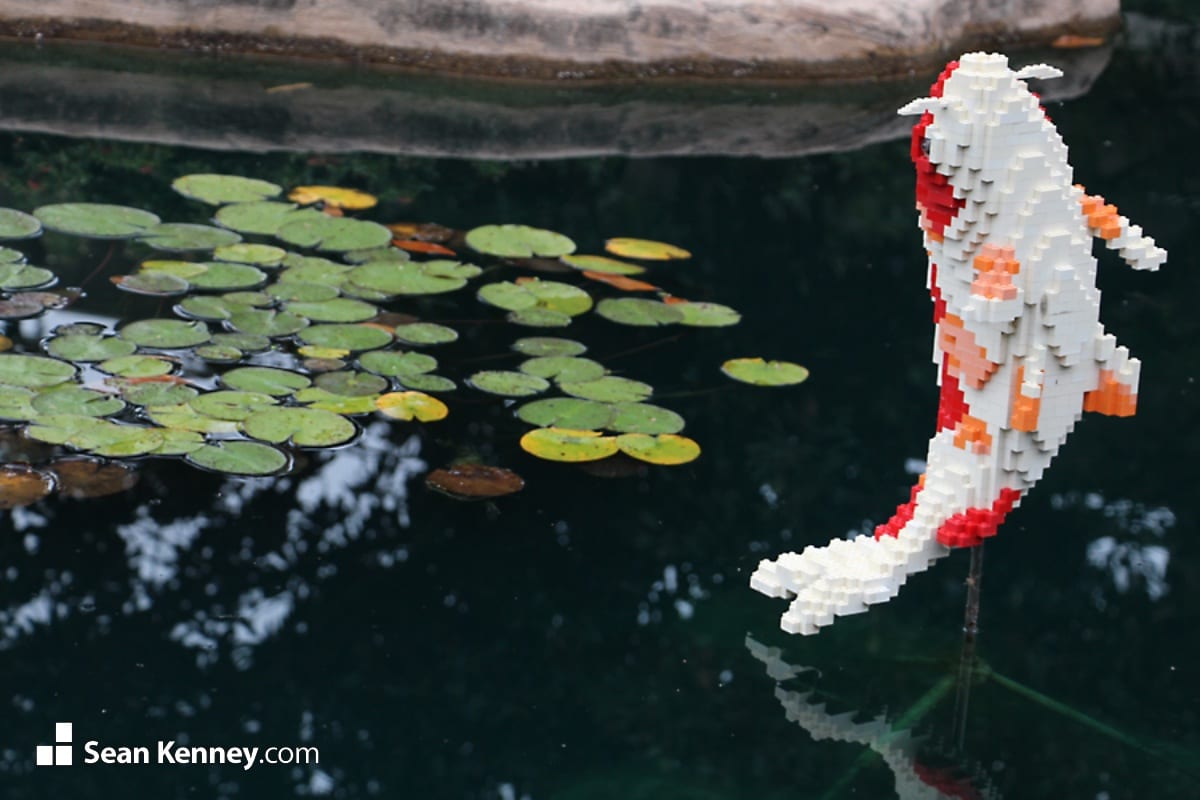 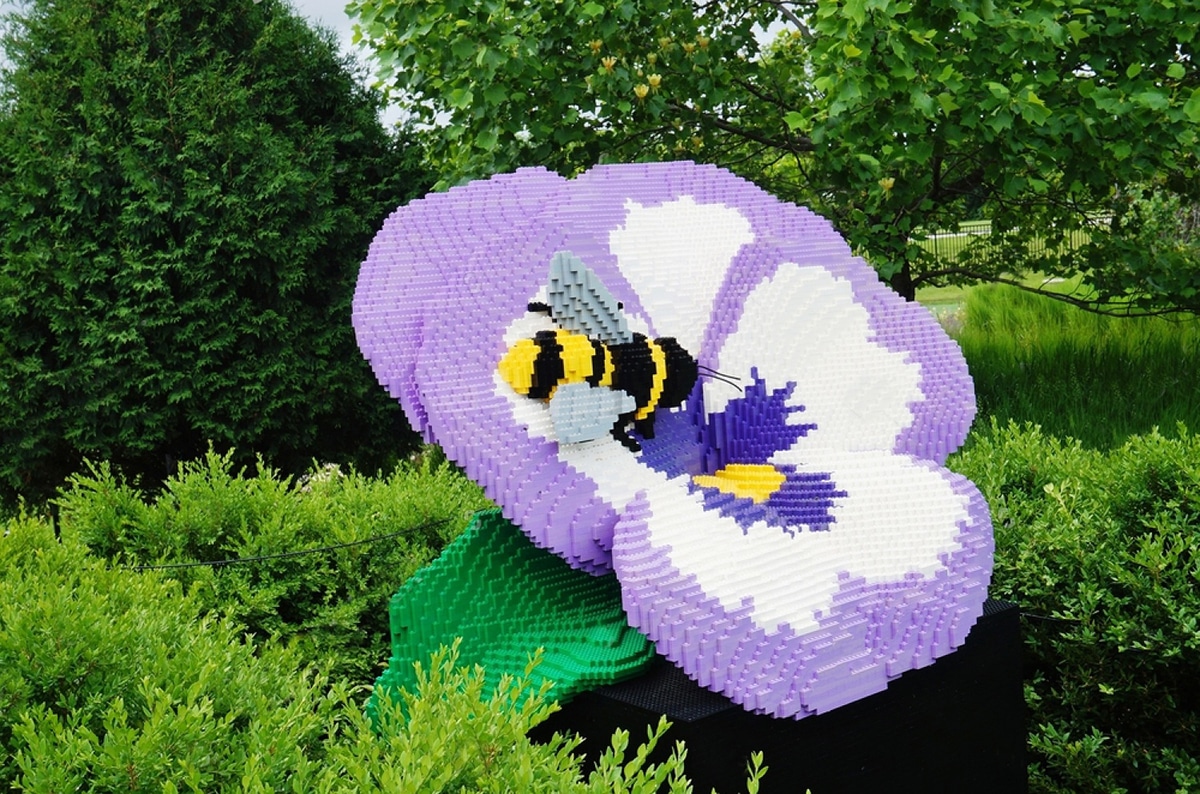 “Pansy and Bee” by Sean Kenney

Some can take up to nine months to construct. 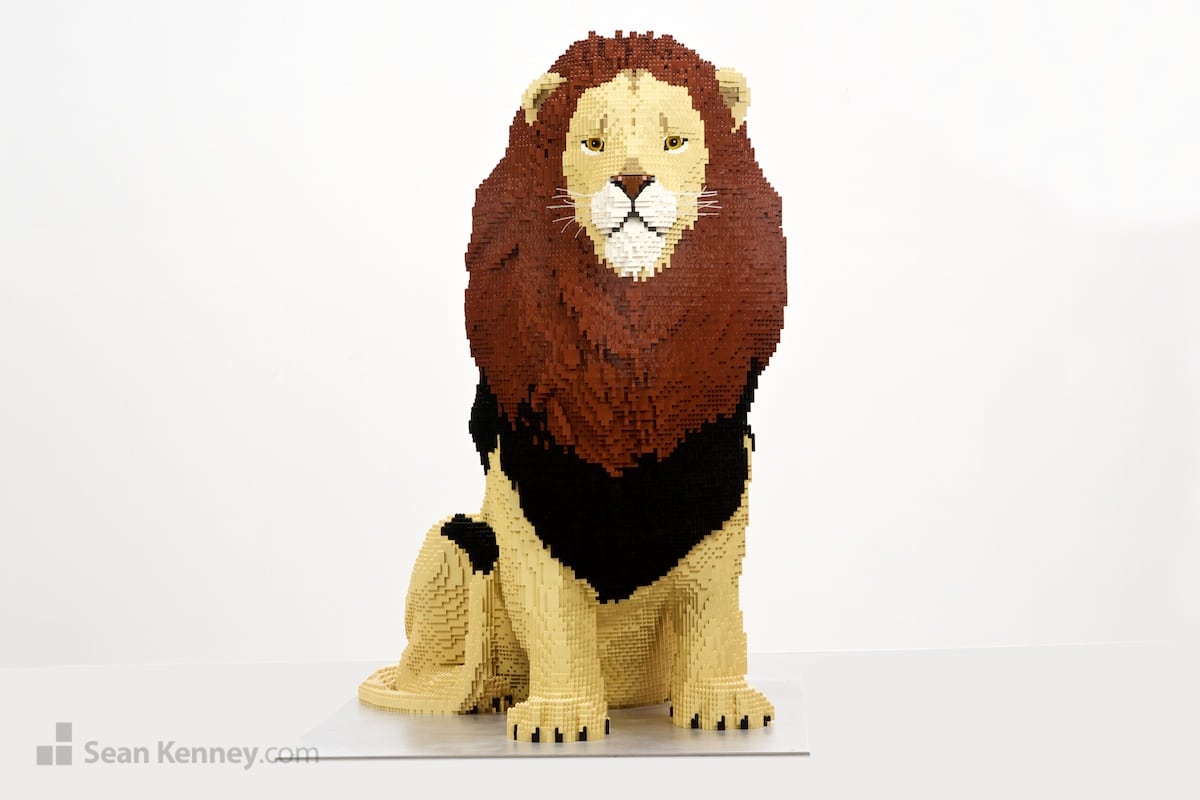 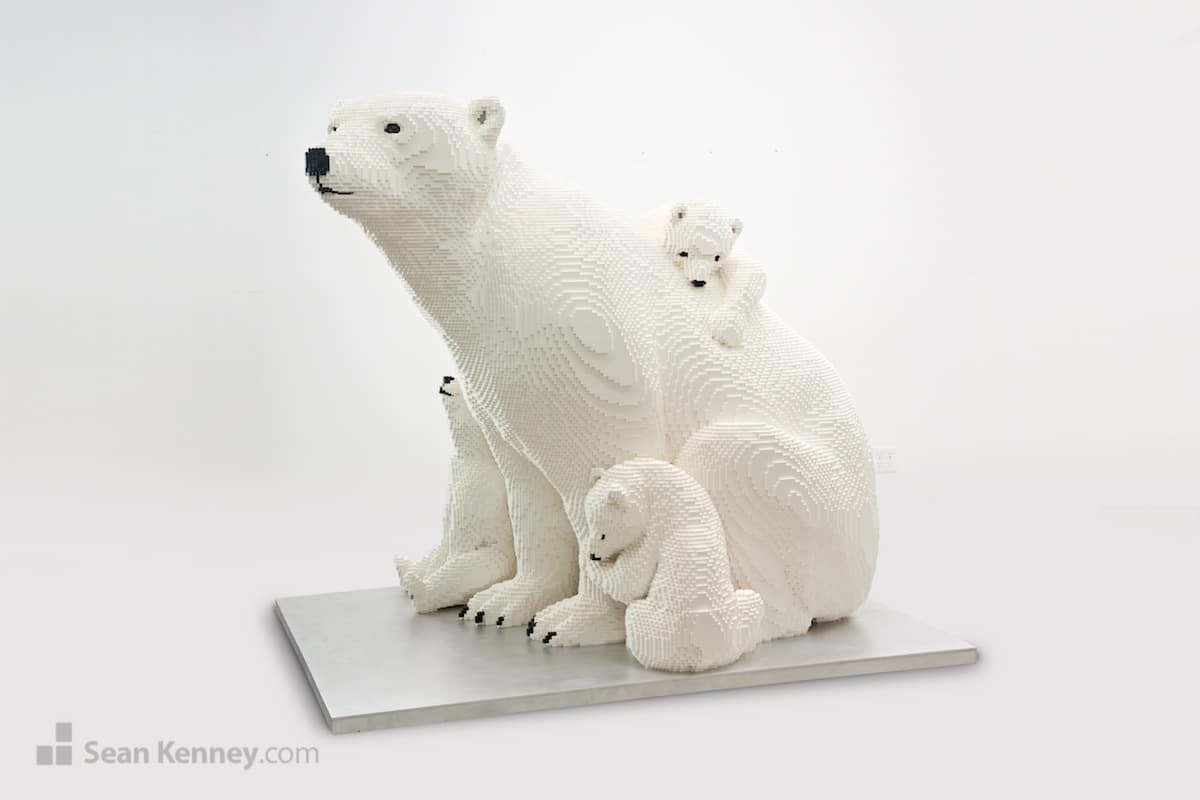 Kenney pays special attention to capturing emotion and realism in each animal’s face. 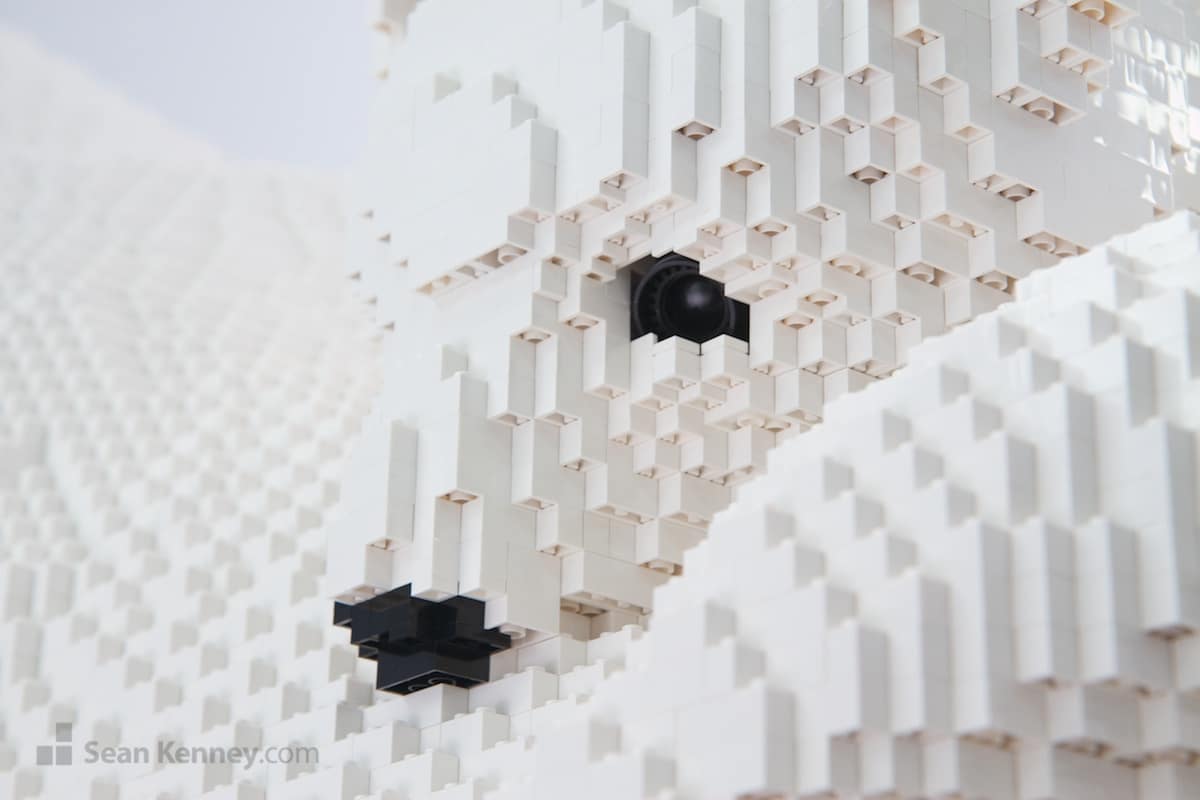 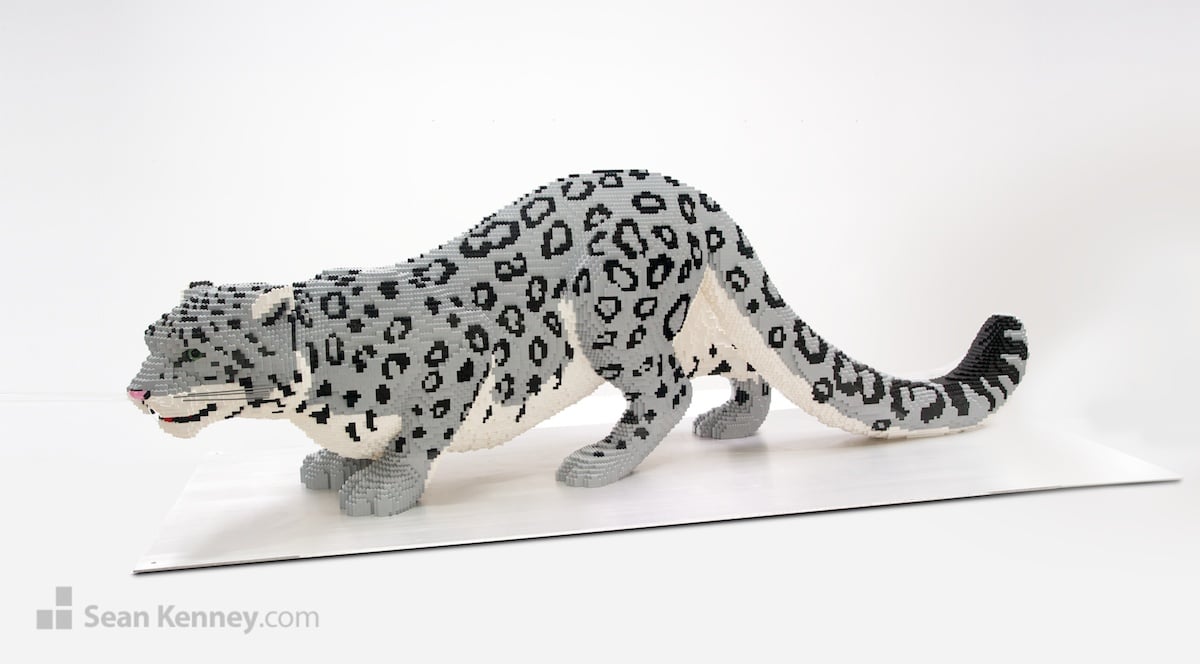 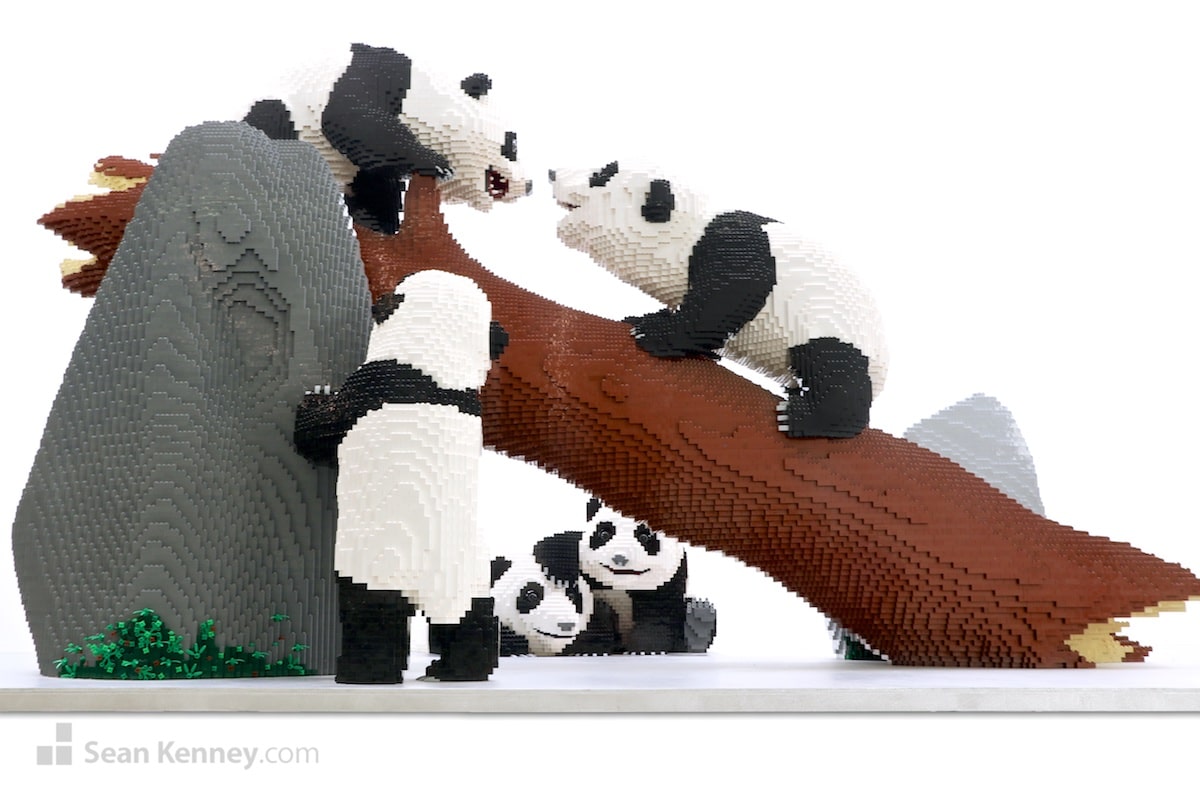 This piece titled Deforestation presents the risks faced by clouded leopards and other endangered animals. 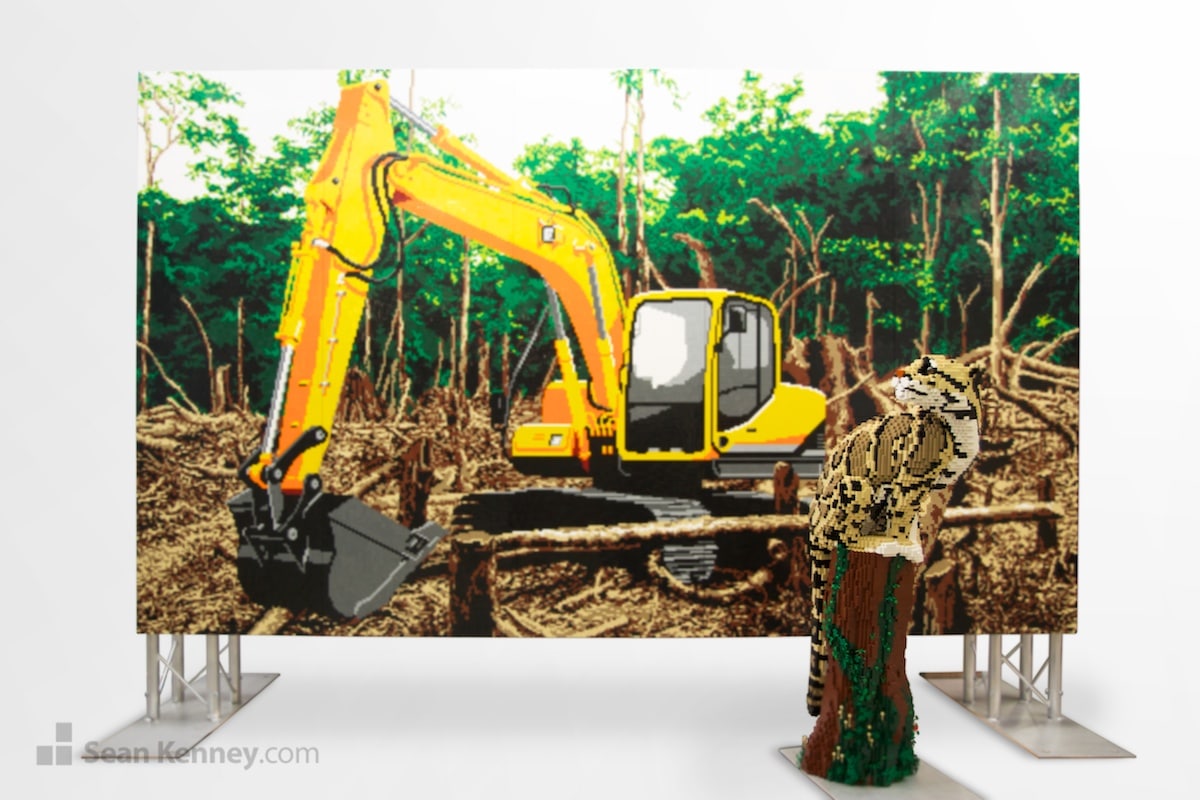 Every piece, whether the animal is endangered or not, requires dedicated research and takes time to plan. 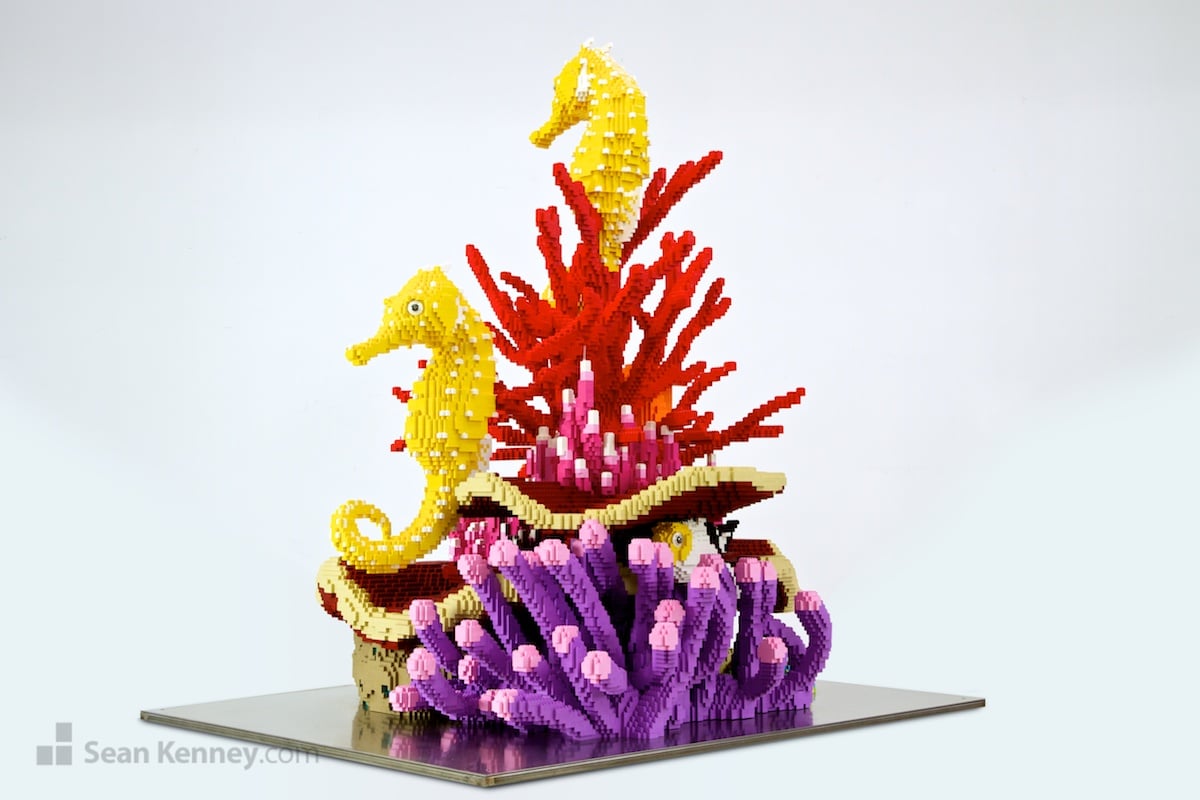 Kenney works with a team of artists to glue each brick according to his blueprint. 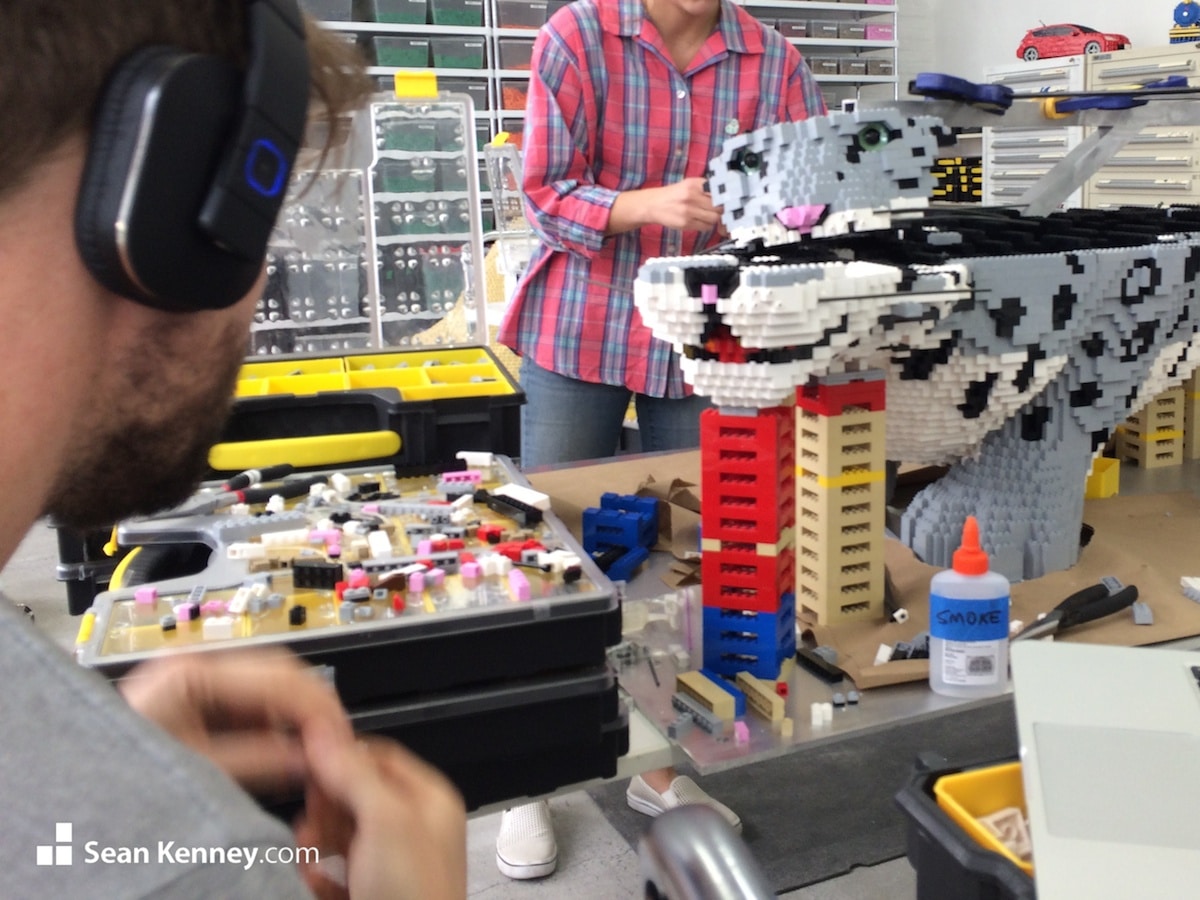 SculptorCentral - December 2, 2020
0
When Philo Northrup was 9 or 10, his older brother locked a set of keys in the car. Northrup decided to commemorate the...

In the Studio With Julian Mayor

Artist Cuts Through Stone with Sleek Glass in Unique Sculptures

SculptorCentral - March 31, 2020
0
The RBSA is committed to continue sharing work and engaging our community in the visual arts, even while our gallery is closed. The...
Thanks for subscribing! Please check your email for further instructions.