China’s art institutions have faced unlikely odds this week, as the coronavirus, the cause of a deadly illness that has killed 170 so far, continues to spread across the country. Some museums closed indefinitely earlier this week while officials attempt to contain the virus, and now a major exhibition that had been due to take place next month has been postponed.

Beijing’s CAFAM Techne Triennial, which had been slated to open on February 20 at the CAFA Art Museum, has been called off for now. The triennial has not stated a new date for when the exhibition will begin.

Zhang Zikang, the museum’s director, said in a statement, “To reduce mass gathering amid the outbreak of the coronavirus, CAFA Art Museum (CAFAM) will postpone the CAFAM Techne Triennial 2020 and has suspended its preparations for the exhibition. We apologize for any inconvenience caused by this change, and hope that you understand the unexpected and complex situation we are facing.” 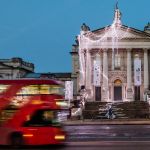 The CAFAM Techne Triennial is one of the biggest art events so far to be postponed as the virus spreads. The news comes as many await news about the Art Basel Hong Kong fair, which is set to take place in mid-March. Two weeks ago, 24 top galleries penned a letter to the fair, telling Art Basel that 2020 “is not a good year to hold this fair” in a city that has also been roiled by protests. Earlier on Thursday, the South China Morning Post reported that dealer Richard Nagy had written his own missive to the fair organizers, saying that the event was “now commercially on artificial life support.”

Curated by Zhang Ga, the star-studded CAFAM Techne Triennial’s theme this year is the ways technology has altered our sense of reality. Cory Arcangel, Alex Da Corte & Jayson Musson, Lynn Hershman Leeson, Tatsuo Miyajima, Philippe Parreno, Hito Steyerl, Wang Gongxin, and Zhang Peili were among the 130 artists set to show at the exhibition, which also was to include a show-within-a-show organized by the ZKM Center for Art and Media in Karlsruhe, Germany.

Thursday also brought news that another major Chinese art attraction’s opening had been postponed. On Instagram, collector Michael Xufu Huang wrote that his and businesswoman Theresa Tse’s X Museum, a 26,000-square-foot private institution planned to open in Beijing in March, would also delay its opening. “China stay strong!” he wrote. “Many friends texted me today saying they are with me no matter when we open—I’m very touched and now we have more preparation time to deliver the best program!”

SculptorCentral - December 5, 2019
0
At the House Judiciary Committee’s hearing on impeachment yesterday, the Republican’s expert witness, law professor Jonathan Turley, testified that everyone in America is...

The golden age of cinema is alive and well in Sydney

SculptorCentral - November 2, 2019
0
It makes up for that by being a destination where you can happily hang out before and after the movie, offering a sense...
Thanks for subscribing! Please check your email for further instructions.