Entering the capacious entry leading into the new Jaguar Design and Engineering Centre in Gaydon, Warwickshire, UK, one’s gaze is immediately drawn upward and outward – past the stationary parallels of scale models and full-size vehicles on each side, and toward a distant backdrop of light and space framing the perpetual motion of its occupants. It becomes all too easy to imagine this kinetic state-of-the-art creative space belonging to a tech venture rather than operating for one of the most vaunted brands in automotive history in the English countryside. And that’s all before setting foot within the heart of the 39,000-square-foot Jaguar Design Studio, where clay models are judiciously contoured into reality and virtual reality systems are used to test their limits. 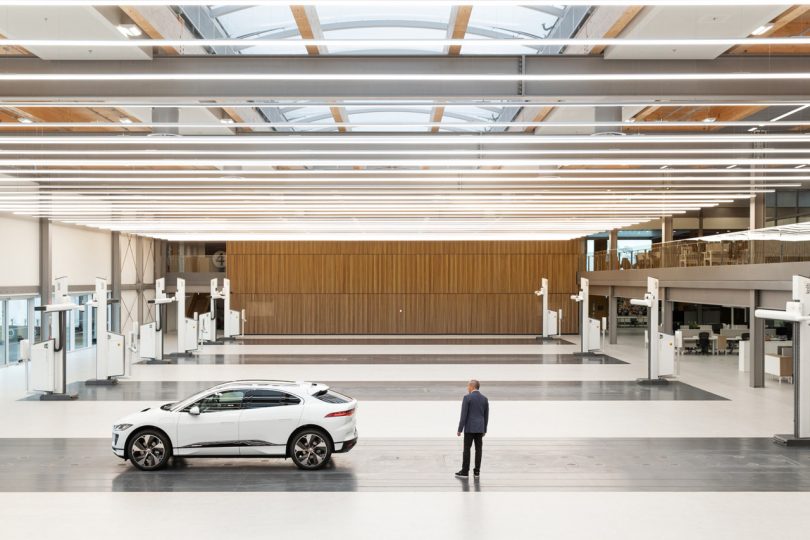 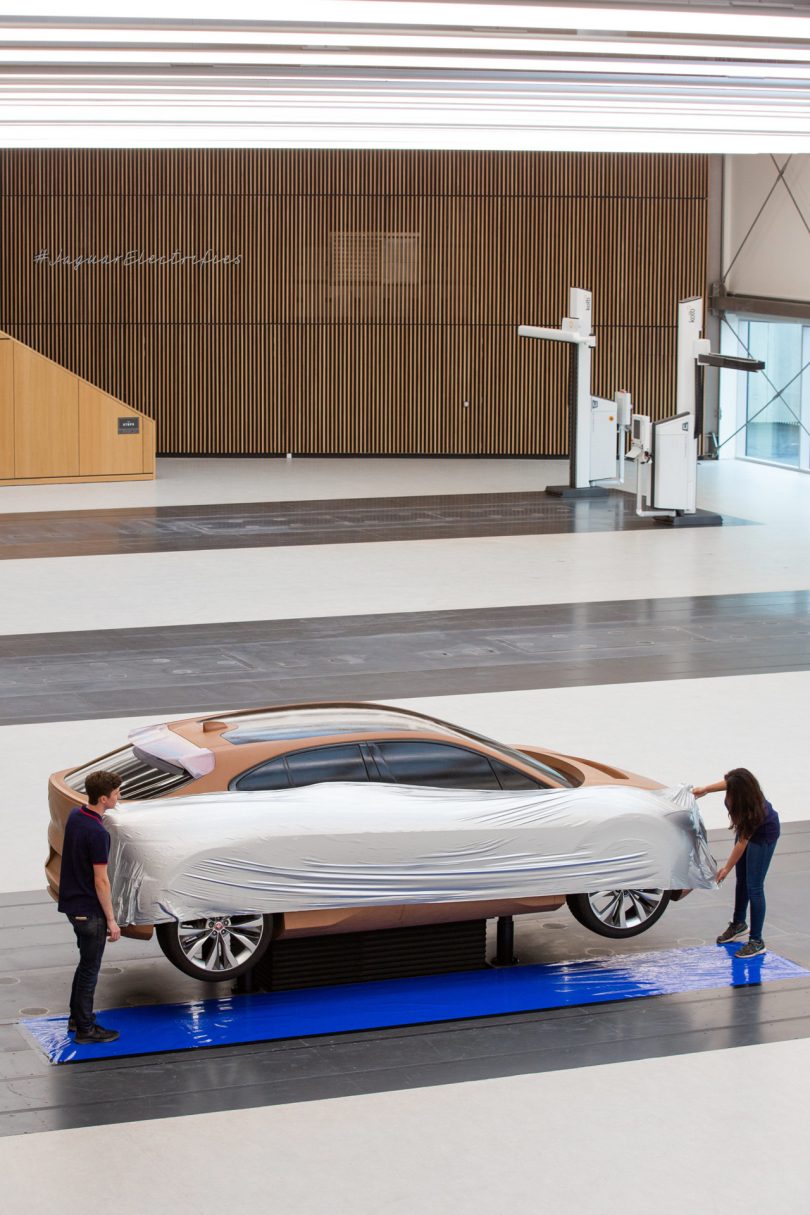 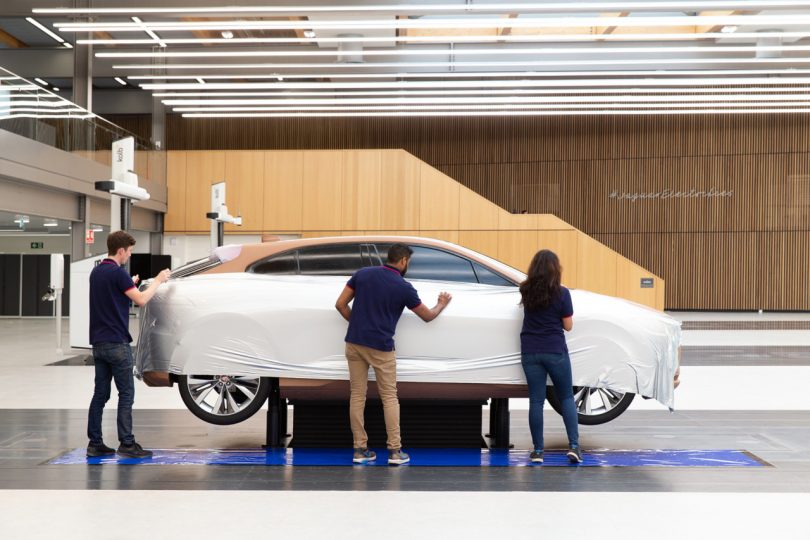 The new creative headquarters, designed in collaboration with architects at Bennetts Associates, represents a long term investment and integration of emerging technologies for the British automaker. It also operates as a cognizant effort of reinvention. The heritage brand is fully aware of the fundamental shift in the tectonics of an industry once characterized by iteration rather than innovation, with Jaguar’s new Design Director, Julian Thomson, pronouncing the British automaker’s intent to utilize the new facilities as a means to expedite their own evolution rather than as a bulwark against change. 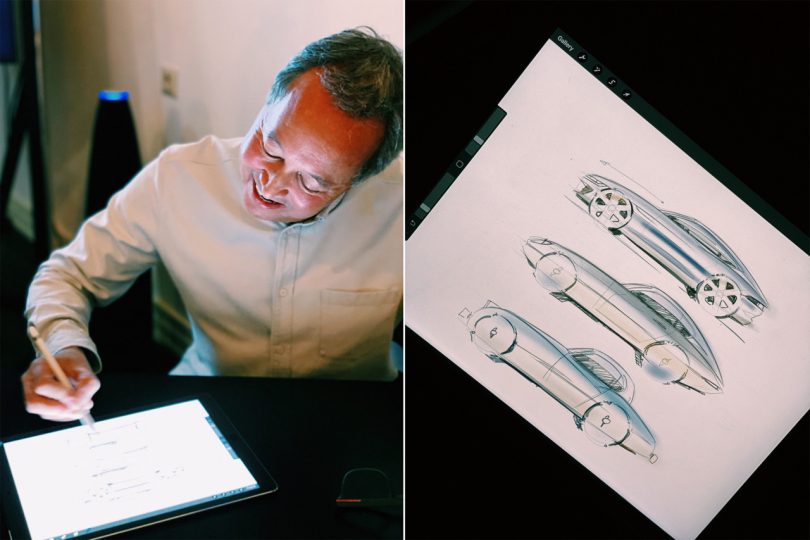 Julian Thompson, loosely sketching some of the hallmark silhouettes from the Jaguar timeline. \ Photos: Gregory Han

“Jaguar has a unique heritage as a design-led brand and this will always to be a central pillar of our DNA. The design values and philosophy remain the same and this building will allow us to design the very best cars for our customers, far into the future,” says Thompson, “We understand the issues that are facing the automotive industry and can respond accordingly through innovation and creativity.” 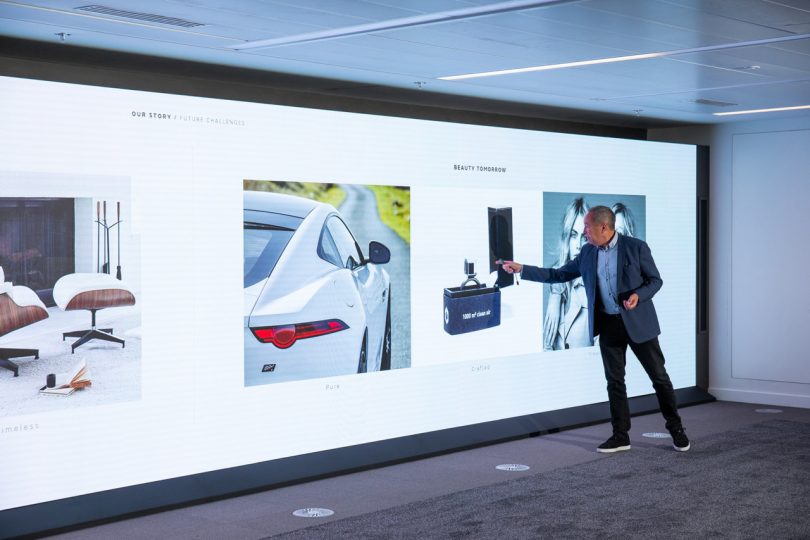 Julian Thompson, Jaguar’s new design director (only the third in the automaker’s history), presenting with the aid of a Cinerama-wide, 36-feet wide, 4K digital wall display (aka, ‘The Electric’), Thompson emphasized Jaguar’s trajectory toward an electrified sustainable future informed by cultural priorities demanded by a new generation of owners motivated by a new definitions of “luxury”. 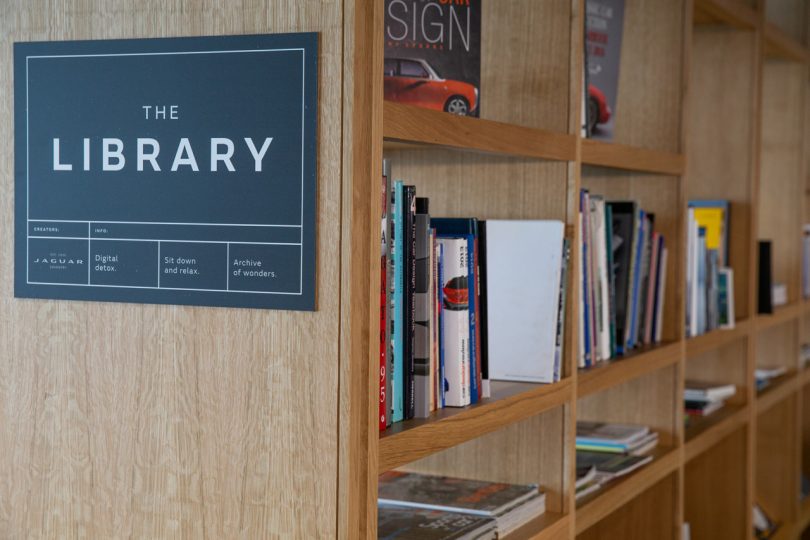 History is ever present within the hallways and public spaces of the Design and Engineering Centre, with photography, books, and other automotive artifacts situated strategically throughout. 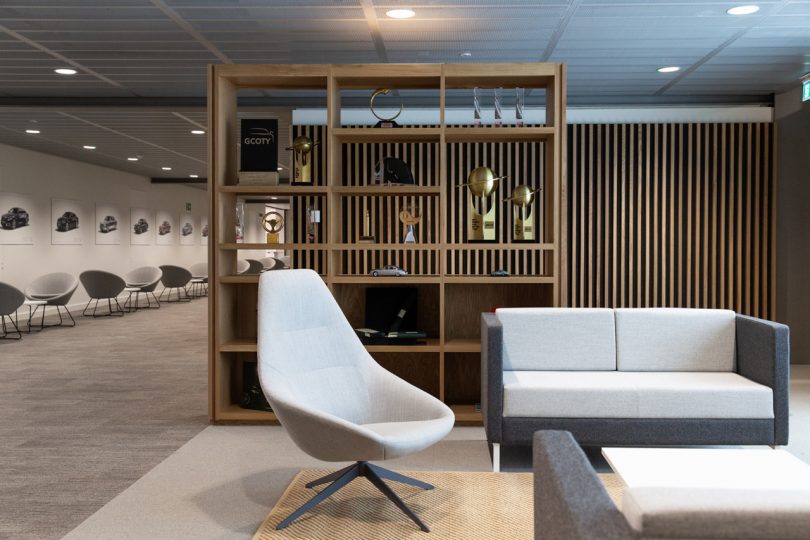 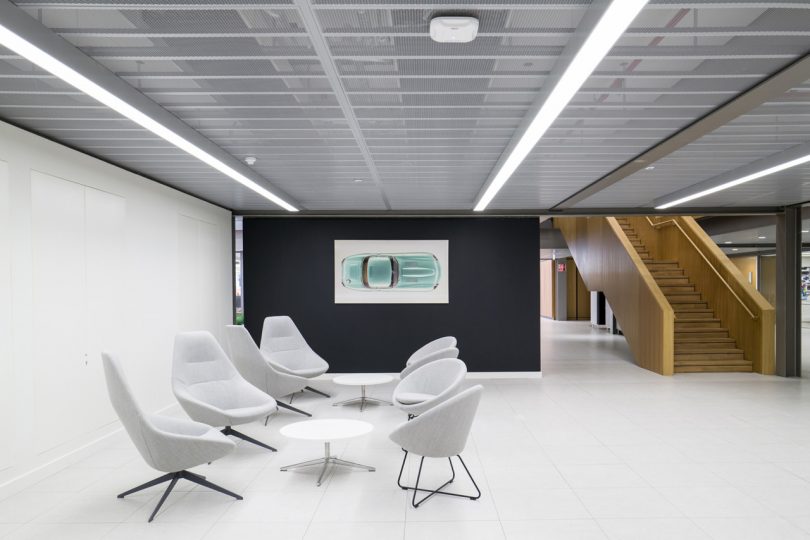 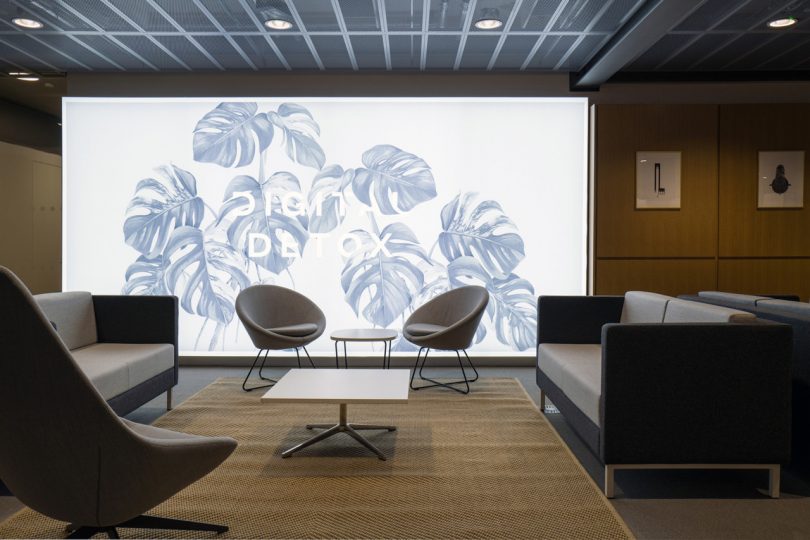 While access was limited during our visit, a number of relaxed meeting spaces intended to foster collaboration and creative efforts were seen throughout.

Technologically, the Advanced Product Creation Centre is intended to operate as the world’s most advanced automotive design and engineering facility. Architecturally, the centre claims Europe’s largest timber roof. It’s an intentional dynamic, one where the ever-present warmth of wood helps restrain the enormity of a facility designed to develop some of the largest and most complex pieces of moving hardware, and volunteers a pleasing backdrop for designers and executives alike to appraise the automotive forms designed within its walls. 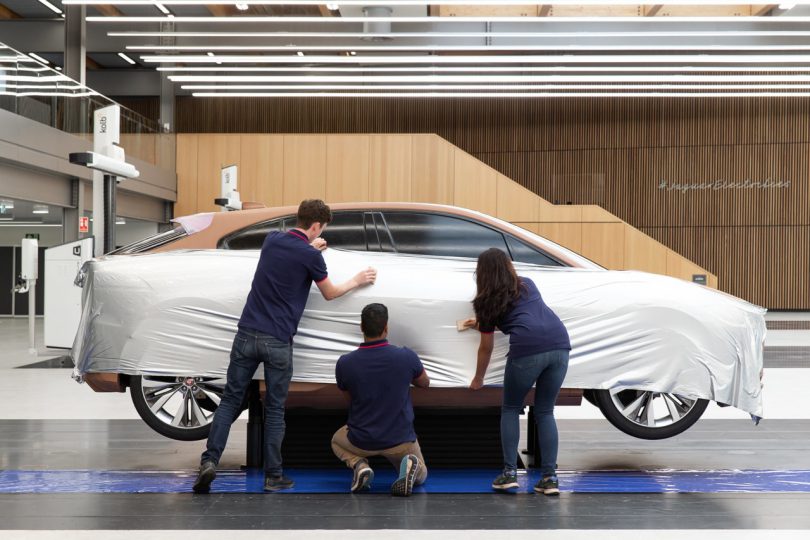 As a “catalyst to inspire” the Jaguar Design Studio operates at the heart of the 550,000 sq. ft. facility, orbited by adjoining sections dedicated to Interior, Exterior, and Colour and Materials teams, alongside Design Visualisation and Design Technical disciplines. Cribbing from tech companies, the open floor plan envisages collaboration throughout the entire vehicle development process, allowing a permeable relationship between departments. 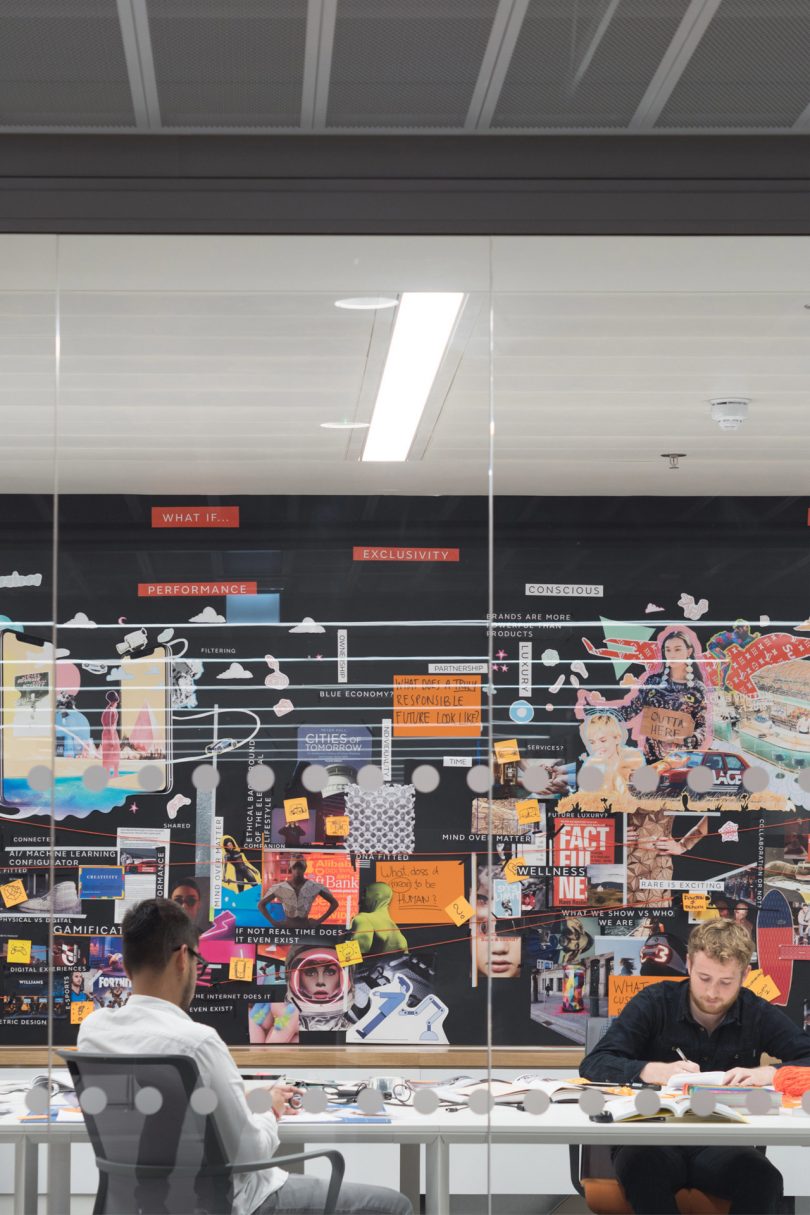 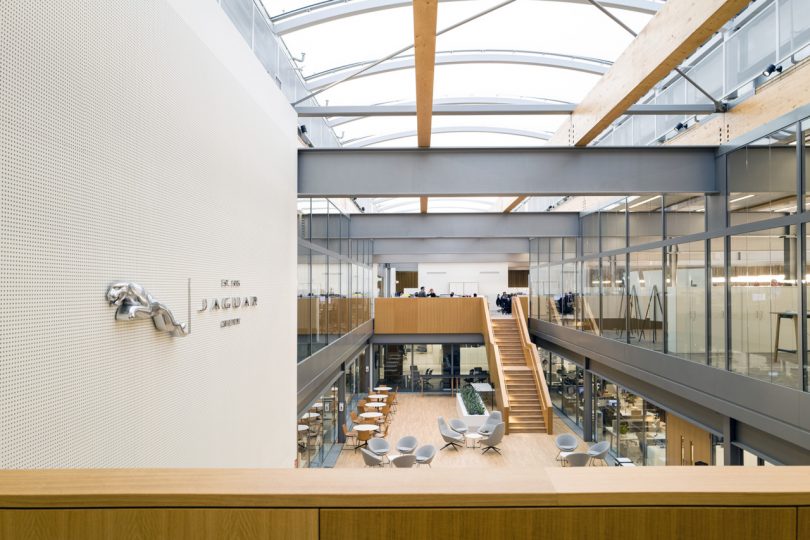 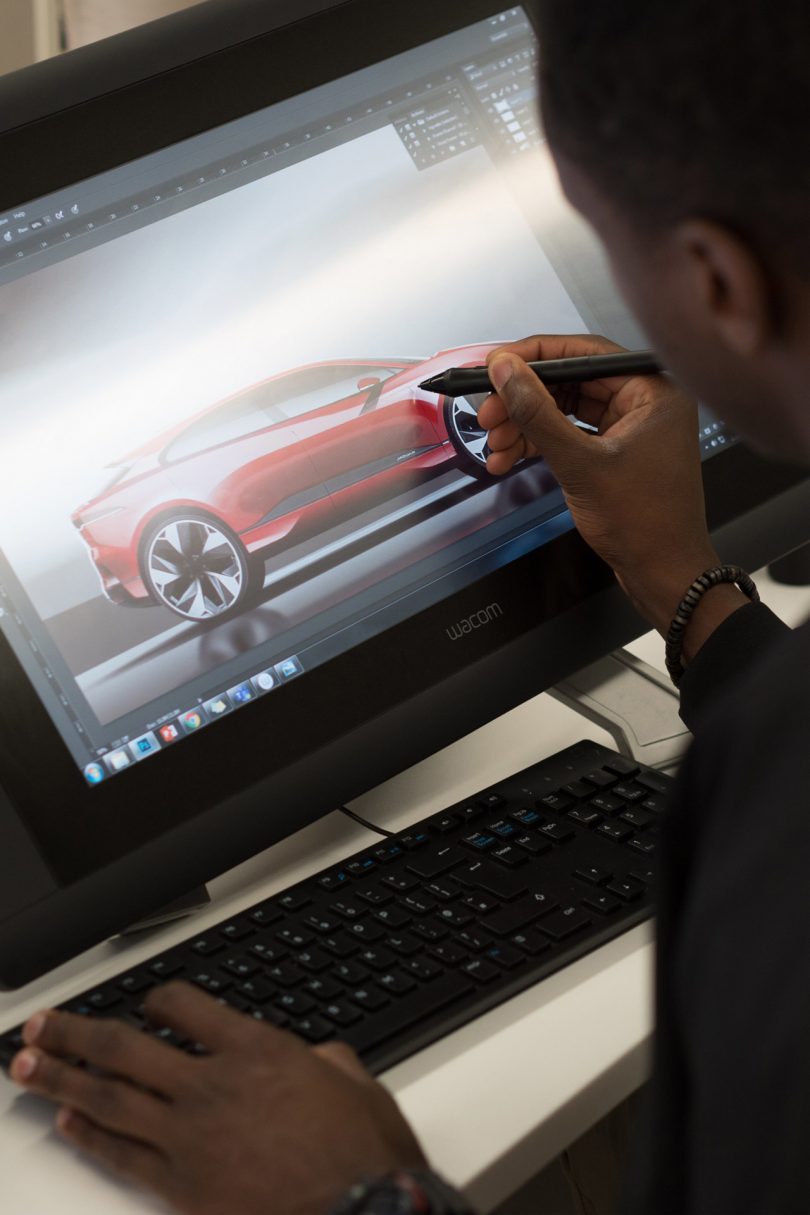 The diversity of spaces housed under one roof is made possible by an enormous supporting steel ‘super-grid’, its most dramatic section of open and expansive floor spaces (demarcated as Studios 3 and 4) dedicated to hosting a total of ten clay modeling plates. Each plate measures 20-meters long and is capable of accommodating two clay vehicles, with a load capacity of 4.5 tons. From these platforms, Jaguar’s team of 46 sculptors can utilize the aid of a 3+2-axis Kolb Concept Line CNC clay milling machine, each fitted with a 1kw motorized spindle capable of 16,000 rpm, before turning to the hand tools to manipulate the material millimeter by millimeter from a general notion into an exact representation. 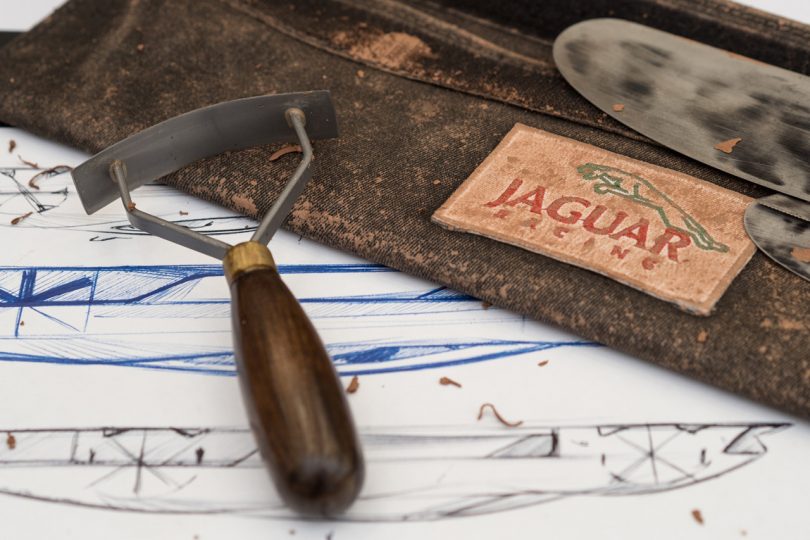 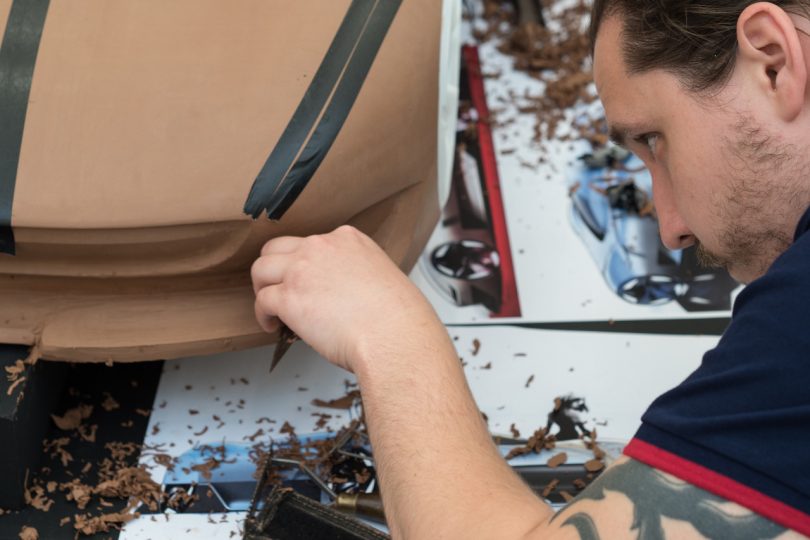 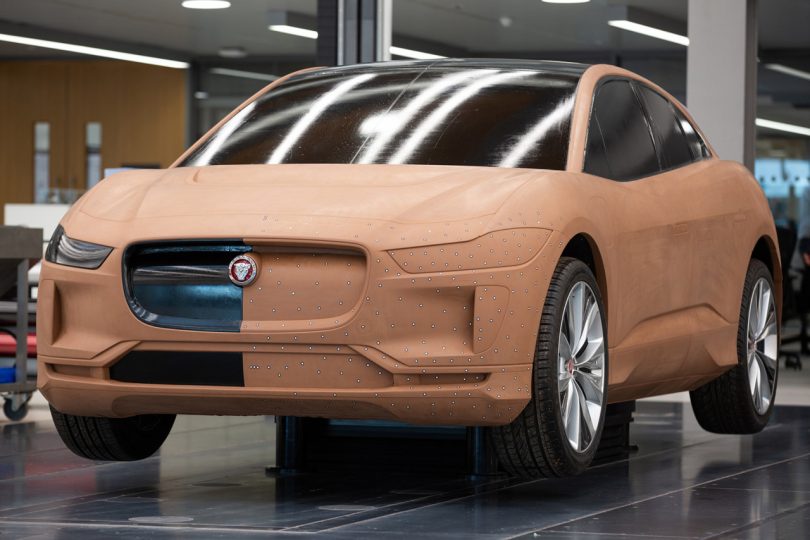 Each clay model is first scanned with precise accuracy by computer to tolerances of 0.2 mm. Revisions are numerous. Eventually clay models are wrapped, painted, and accessorized, inside and out, into the convincing semblance of real vehicles.

In migrating from Jaguar’s previous design studio in Whiteley into this new Gaydon-based location, Jaguar has future-proofed itself both in capacity and also technologically for the foreseeable future. From here Jaguar will soon be able to claim the site as the birthplace of the upcoming fully-electric Jaguar XJ, a manifestation of the British automaker’s holistic attempt to connect a storied past with aspirations to define a luxurious and sustainable future.

SculptorCentral - January 30, 2020
0
From Mucho Mucho Amor (all images courtesy Sundance Institute)It is perhaps impossible to capture what an enigmatic figure like Walter Mercado has meant...

Why film fans are returning to physical media

Christian Bale puts his foot down in Ford v Ferrari

A Family Home in Prague Finished with Concrete, Wood, + Playful...

SculptorCentral - August 4, 2020
0
Located in Prague, Czech Republic, House for Dorothy was recently completed by boq architekti who were brought in during the late stages of...
Thanks for subscribing! Please check your email for further instructions.