Artist Silvianna Goldsmith, a pioneering experimental filmmaker and activist whose actions targeted gender inequity in the art world and opposed the Vietnam War, died on Saturday at the age of 90 in New York. Her death was confirmed by one of her friends, the artist Ryan Foerster.

In 1969, Goldsmith co-founded Women Artists in Revolution (its elegant acronym: WAR), an offshoot of the Art Workers Coalition that came together to protest the long-running underrepresentation of women in the Whitney Museum Annuals, the precursor to the museum’s Biennial. In that year’s show, fewer than 10 percent of the 140-some artists were women. Nancy Spero, Faith Ringgold, and others were among the participants in WAR, which became a catalytic example for feminist initiatives in ensuing years. 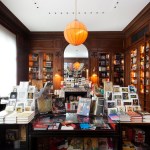 As a member of the Guerrilla Art Action Group (GAAG), Goldsmith also participated in an instantly infamous 1969 action at the Museum of Modern Art in New York. After entering the museum with Jon Hendrick, Jean Toche, and Poppy Johnson, the four began scuffling and fell to the ground, spilling cow’s blood they had hidden under their clothing onto the museum’s floor and scattering pamphlets calling on the Rockefeller family to resign from MoMA’s board of trustees for allegedly profiting from the manufacturing of weapons used in Vietnam.

Goldsmith was similarly unflinching as an artist. Her short experimental films of the 1970s, for which she is probably best known, were formally and thematically adventurous, marked by eroticism and violence. Orpheus Underground (1975) “depicts rape from a woman’s angle of vision,” according to the writer Maryse Holder, and “renders female orgasm as a bursting forth of pomegranate seeds.” And The Transformation of Persephone (1973) centers on that Greek goddess’s abduction by Hades, the king of the underworld.

Her activities sometimes straddled the line between art and activism, as in 1970, when she performed street theater as part of a group she founded called X. Its first event, titled Mother Earth Is Poisoned, took aim at environmental degradation and the potential dangers of birth-control pills, according to the 2006 directory Feminists Who Changed America, 1963–1975.

Explaining her political and artistic aims, Goldsmith has written: “As an artist, my concerns are Eco-feminist: Woman and her relation to Nature. Combined with images of flowers, wooden tree trunks, stone, sea, air, the flesh of the body and material interact. This merging of body and nature evokes ancient anthropomorphic and pantheistic deities. Creation can be through letting go, as if into trance and a trust of the ancient wisdom. Woman is affirmed as a source of the eternal cycle of creation and destruction, animus, anima, leading to wholeness and healing.”

Silvia Goldsmith (she used Silvianna for her work) was born in New York on September 16, 1929, and was enamored with art from an early age, taking dance classes with choreographer Martha Graham and studying painting while in high school. A vacation at the age of 16 to visit an uncle in Havana was transformational. Fascinated by the country, she returned three years later and sought out the painter Wifredo Lam, with whom she would go on to study. She returned to the U.S. two years later.

Deeply immersed in the New York art scene of the 1960s and ‘70s, she was instrumental in founding the film collective Women/Artist/Filmmakers, Inc. and was close friends with figures like Lil Picard (the subject of one of her films) and painter Maria Lassnig, who painted a portrait of the two of them that was included in a 2016 solo show of Lassnig’s work at Petzel.

And Goldsmith did not limit herself to filmmaking. She was also a painter, a performance artist, a photographer, and in recent years had begun making digital art. In 2015, the Manhattan alternative space White Columns organized a solo show of her work that featured her recent watercolors of landscapes and animals.

Alongside her work in art and activism, Goldsmith was an active teacher. She taught English to high school students in New York who had arrived from other countries, and hosted a film workshop at the Women’s Interart Center.

During a studio visit a number of years ago, Foerster came across a photograph of her after the MoMA action, covered in blood. “I think I spent the entire ’70s in chains,” Foerster recalled her telling him. “We protested everything.”

A Staggering Sculptural Rug by Artist Faig Ahmed Pours into an...

The Last Works of Matthew Wong

SculptorCentral - December 8, 2019
0
Matthew Wong, “Look, the moon” (2019), oil on canvas, 70 × 60 inches (all images courtesy of Karma, New York)Matthew Wong’s career was all...
Thanks for subscribing! Please check your email for further instructions.