The art market has been rife lately with news of artists leaving one gallery for another. On Thursday, news broke that the young painter Avery Singer would head to Hauser & Wirth. But that is not the only new painter that the international heavyweight may be taking on. George Condo, 62, whose work has sold for as much as $6 million at auction, is in talks to join Hauser & Wirth, according to several sources.

Particularly since Condo’s retrospective at the New Museum in New York in 2011, his paintings have been highly desirable on the art market. A 2014 piece, Nude and Forms, set his current auction record of $6.16 million at Christie’s New York in May 2018. Last year, Artsy charted Condo’s rise, detailing how powerful collectors like Steven Cohen and Aby Rosen own his work. 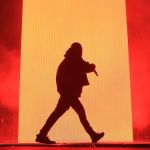 Condo’s imagery has seeped into popular culture through the cover he created for Kanye West’s 2010 album My Beautiful Dark Twisted Fantasy.

Recently, Condo spoke with the Wall Street Journal about the paintings in his current exhibition at Per Skarstedt in New York and how they relate to his recovery from a heart attack he suffered this past summer.

Condo’s current galleries include Per Skarstedt in New York; Sprüth Magers, which has locations in London, Berlin, and Los Angeles; and Simon Lee in London. Condo had been showing with Sprüth Magers since 1999, Simon Lee since 2004, and Skarstedt since 2005.

Hauser & Wirth has spaces in Los Angeles, London, Hong Kong, and Somerset, England; two in New York; and three in Switzerland (in St. Moritz, Gstaad, and Zurich); with one in Menorca, Spain, on the way.

SculptorCentral - December 10, 2019
0
Someday you be walking down the road andyou hear something or see something going on.So clear. And you think it’s you thinking it...

SculptorCentral - December 20, 2019
0
Non-unionized, “Capítulo 3000” workers of INBAL protested delayed wages at the Palace of Fine Arts in Mexico City on Wednesday (all images and...
Thanks for subscribing! Please check your email for further instructions.