The mysterious Gonefellow is gearing up for his next limited edition print release through Castle Gallery NI, the primary source for Gonefellow artwork. 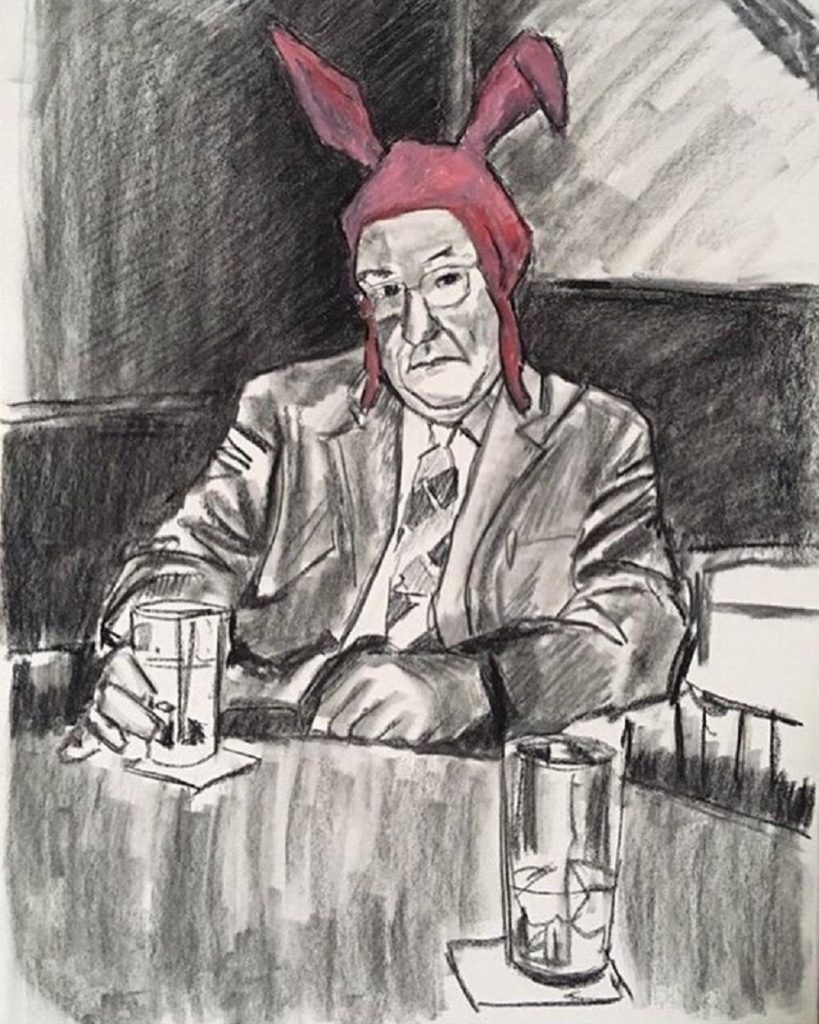 The new print, entitled ‘Playboy’, is being released through a lottery system due to high demand. This comes as no surprise, as Gonefellow has undeniably gained momentum over the past few years, from his ‘Graffiti Truck: The Parody’ back in 2016 (covered) to the more recent ‘Rude Farmer’ and ‘Boxhead’.

‘Playboy’ will be issued in several color variants: a main pink edition of 150 priced at £350, a smaller run in ‘Paris Green’ of 25, as well as 4 different variants in ‘Diamond Dust’ of 25 each. Each print comes signed and numbered by the artist, and shipping is expected to take place after the holidays.

Interested parties should reach out to Andy Lyttle at Castle Gallery IN, either through the website or on social media.

The artist is currently preparing for his major show in London, expected to take place in 2020. More details should become available soon.

Emile is mainly the programmer of StreetArtNews, but is known to post something every once in a while. Based in Frankfurt, Germany and constantly working on several street art related projects.

From the Incredible Rise of Yayoi Kusama to Europe’s Biggest Jewel...

SculptorCentral - November 29, 2019
0
Getting Better With Age – The old adage about good things coming to those who wait has proven true—at least with these eight...

Cindy Sherman, Ed Ruscha, and More Than 150 Photographers Are Selling...

Illusory Street Typography Pops Off the Wall in Bold Murals by...

It’s time to take down the Mona Lisa

The Prismatic, Kitsch, and Glam World of Hassan Hajjaj

SculptorCentral - October 28, 2019
0
Hassan Hajjaj, “Time Out” from the series Vogue : The Arab Issue (© Hassan Hajjaj, 2007/1428)PARIS — This past September, the Maison Europeenne de la...
Thanks for subscribing! Please check your email for further instructions.