A young man with a reddish beard and tailored jacket sat on the aisle at Christie’s New York November 2011 evening sale and calmly underbid four works from the single owner sale of software mogul Peter Norton, two David Hammonses, a Barbara Kruger called Untitled (When I hear the word culture I take out my checkbook), and then a Mona Hatoum that sold for a record $470,500. Later in the evening, the young man finally outgunned his older rivals to take down Andreas Gursky’s Rhein II from 1999; he paid a record price for a Gursky at $4.33 million, which was also the highest price for any photograph at auction.

The sale marked then 24-year-old art-school-graduate-turned-White-Cube-gallery-private-dealer Inigo Philbrick’s debut among the select group of international art dealers who can be seen publicly bidding for and buying works in global evening sales. Although not able to play in the thin air above $10 million, it was unusual and attention-getting that such a young player would emerge in the marketplace. In five years’ time, Philbrick would report to the U.K.’s Companies House database an operating turnover of £50.6 million and a net profit of £1.61 million for 2016. The next year his reported turnover almost doubled to £96.4 million and a net operating loss of £935,117, but that, a footnote explained, was attributable to Brexit-hobbled British Pound Sterling which caused a currency loss of £3.3 million. 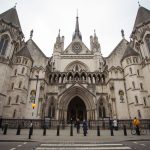 Even before Philbrick was able to post such big numbers, he had no trouble regularly getting a table at the A-list-celebrity-favored C London restaurant or holding court while ordering outrageously expensive bottles of Bordeaux, within shouting distance from the Nahmads and Mugrabis, on the terrace of the Three Kings hotel in Basel during that city’s exclusive summer fair.

By May 2015 he had become a familiar figure on that blue-chip circuit, snapping up, at Phillips New York, Rudolf Stingel’s third-party-guaranteed Untitled (2000), a colossal, four-part Styrofoam-on-panel abstraction, for $1.15 million. Back in London’s Mayfair neighborhood, Philbrick now had his own eponymous gallery where he had been staging cutting-edge exhibitions, such as “Abstraction/Figuration,” which featured works by Joe Bradley and Sterling Ruby, and a two-person Tauba Auerbach and R. H. Quaytman show, both of which opened in 2013. A show of Stingel’s “Instruction” paintings later opened in June 2016.

Not yet 30 years old and without the help of an art-dealing family or a fortune from other endeavors, Philbrick, outfitted in Zegna suits he bought in Italy, was by all outward appearances a tremendous success. In December 2018 Philbrick opened a satellite space in Miami’s Design District, a stone’s throw from the de la Cruz Collection. At the start of 2019, Philbrick was poised to become a major figure in the global art market. But allegations made in recent court cases suggest that beneath what seemed to be success, Philbrick may have been furiously kiting transactions to maintain the impression that he was solvent. He has been accused of having withheld artworks worth millions from a German art firm, triggering a string of legal actions that have included a freeze on his assets in England and Wales and other suits from various entities that have claimed ownership of works that may have passed through Philbrick’s hands.

In June 2019, members of the art world gossipped about Philbrick selling a small Robert Ryman work for what he had paid a few years earlier at auction just to raise cash. By late summer, his many deal-making partners were beginning to demand satisfaction. And, according to recent lawsuits, when Philbrick ran out of string to kite his deals from one buyer to another, works were revealed to have more owners than previously revealed.

Almost overnight, Philbrick joined the fraternity of art-world high-flyers in the global market with accusations against them. There was Michel Cohen who, after running up considerable debts trading commodities, disappeared in 2000 with $50 million of unpaid obligations to his peers. Larry Salander later topped that with a $120 million fraud that ensnared more than 30 dealers, collectors, and investors. He was sentenced to a prison sentence of 6 to 18 years in 2010. Just last year, Ezra Chowaiki was convicted of wire fraud and sentenced to 18 months in prison for a fraud that hit such art-world stalwarts as dealer Helly Nahmad and collector “Baby Jane” Holzer.

Before Philbrick stopped communicating with lawyers and distressed clients in early November, he appeared on email as the confident dealer brushing off a cascade of allegations that could cause him to lose as much as $100 million.

“There is going to be a lot more to this than has come out yet,” Philbrick wrote in an email sent to one of our reporters in late October, after the first lawsuit was filed. “The story is going to be a cautionary one with regards to the professionalization, securitization and legalization of the art world. We are in a period of massive transition where art dealers, collectors, and investors are attempting to turn the arena into one which mimics the worlds of finance and real estate. Alongside this change will naturally come impropriety and the need for increased due caution.”

“It was a con,” attorney Judd Grossman, of the New York firm Grossman LLP, who represents several individuals who claim to be aggrieved investors, told ARTnews. “Whether I’d call it a Ponzi scheme, it’s sort of a variation of one, similar to the one perpetrated by Ezra Chowaiki, just on a much grander scale and probably a little more brazen. There were actual transactions taking place, and there were real assets being acquired and sold, but it was all being done against a web of lies.”

Grossman continued, “We have one client who Inigo convinced to consign a work to him. Inigo either sold the work and never paid or just stole the work. My guy’s out of the work and has no money.”

Philbrick had a fairly unique position within the art trade. Although he learned his trade with White Cube founder Jay Jopling at that dealer’s gallery and went out on his own with that dealer’s backing, Philbrick was more of a dealer-to-dealer salesman than a guy working collectors. Most of Philbrick’s creditors were art investors looking to buy works they could hold for a year or two and sell for a decent profit. How did Philbrick convince so many experienced art hands to trust him? Several of those who did business with Philbrick or were offered works describe two very different approaches.

In the beginning, Philbrick was able to make his partners good profits fast, specializing in the rising markets of a few artists. Whether by his own smarts or by good fortune, profits came quickly and easily. When he entered into a deal with a new partner and it was successful, Philbrick was quick to pay. This created two kinds of goodwill—the impression that Philbrick was a dealer with a special touch who would pay on time.

A top-class Madison Avenue dealer who had one neutral brush with Philbrick at an art fair said, “The fact that he was able to get access to [his] material was impressive. The fact that he wasn’t paying for it, if that’s the case, smacks of desperation. Whether it’s a bank putting up the money or a finance company, the trust that they clearly had in him, to give him free rein or the license to do what he was doing, was incredible.”

Later, Philbrick switched to another pitch. He would approach the kind of collectors who were interested in getting a good deal, then plead that he was in need of cash and willing to take a loss. For many, the offer was irresistible. One dealer described Philbrick’s modus operandi as being “like a big chase,” adding that he “seemed to always be under the gun.”

“There are a lot of charlatans in the art world,” said New York–based private dealer Albert Bitton, who buys and sells art with partners in London and elsewhere but never worked with Philbrick. “Everyone wants to make a fast buck. It’s happening much more often lately because everybody wants to be a big player, like a Nahmad or a Mugrabi.”

Now those would-be speculators are no longer counting their prospective profits in their heads but wondering how deep their losses will go. “Everyone is just trying to get information on what’s actually happening,” said one private dealer who claimed he was out “seven figures” from his dealings with Philbrick.

Many observers sitting on the sidelines who believe the allegations made in the pending lawsuits now debate whether Philbrick was an honest dealer who got in over his head or whether his habit of buying goodwill with early profits followed by an abuse of trust was a well-planned strategy.

Even if the court does rule against Philbrick, we may never know. “I sold some works for him,” says private dealer and Baer Faxt newsletter publisher Josh Baer, “and it was a clean deal.” That doesn’t mean Baer would vouch for Philbrick, now that the latter dealer has been accused of selling the same work to multiple investors. “If a guy’s done it once,” he said, “he’s done it 20 times.”

Paris Musées Releases 100,000 Images of Artworks for Unrestricted Public Use

What is Scarlett Johansson’s problem?