One morning a couple weeks ago, the art dealer Friedrich Petzel was sitting in a backroom of his Upper East Side space—on the third floor of an elegant townhouse—and discussing his gallery’s future. His downstairs neighbor, the veteran dealer of American modernism Vivian Horan, had told him earlier this year that she was retiring, he said, and she asked him if he might be interested in taking over her space. “Absolutely it’s of interest to me because it’s the so-called parlor floor!” he exclaimed.

At 56, Petzel exudes a boyish enthusiasm; he speaks quickly but quietly. The parlor floor, he said at a clip, comes with extra-tall ceilings and large windows—it’s an ideal space for showing art—and so he went for it. “This is a unique opportunity to expand a little bit the exhibition program,” he said. Renovation work was just getting started, and Petzel will open there in late February while keeping his space up above for private viewings of various works. 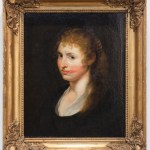 First up in the new venue is a solo show by a new addition to Petzel, the esteemed Los Angeles artist Rodney McMillian, whose work leaps across media while considering race and class in the United States and its art history. (He’s been without a New York gallery since Maccarone shuttered its branch in the city in 2017.)

But while his program may be growing, Petzel was emphatic that the move is not a true real-estate expansion. “It’s an enhancement, not an enlargement,” he said, with a mischievous smile. That may sound like splitting hairs, but the point is characteristic of a businessman who has built one of the era’s most respected contemporary art galleries at a steady, deliberate pace that is a bit out of step with the rapid-growth approach so visible in the market today.

Petzel first opened in SoHo in 1994, two years after Hauser & Wirth went into business and one year after David Zwirner. But while those enterprises have become global behemoths, Petzel has kept a comparatively low profile and maintained a considerably smaller footprint. In addition to locations in Chelsea and the Upper East Side, he has a partnership with fellow German dealer Gisela Capitain in Berlin, because that’s where his artists want to show, he said. And that’s it for now. (Though Petzel said he does have Asia on his mind.)

The gallery’s roster has about three dozen artists, a significant number but modest in comparison to some other outfits. “My imagination does not allow for 80, 90, 100 artists,” he said. “I think there’s a certain expectation of precision from people who enter the gallery.”

They are also artists who balance aesthetic delectation with intellectual frisson, so it’s perhaps not a surprise to learn that Petzel got his start in academia. (With a scarf swirled atop his blazer, he actually looked more like a well-off European professor or even an artist than a market maker.) Growing up in the Cologne area, he spent long days at the Museum Ludwig as a child, played bass in punk bands, and pursued graduate studies in art history.

What was his dissertation topic? Petzel thought for a moment and picked his words very carefully. His subject of study was a question, he said. “Can a painting express the opposite of what it represents?” Or, to put it another way, “How can you talk about something intelligently without getting into questions of taste?”

Petzel arrived in New York in the early 1990s ready to pursue his doctoral work and quickly fell into the hothouse Manhattan art world. He worked for the omnipresent adviser, collector, and publisher Thea Westreich and the gallery Metro Pictures (another place that has pursued distinct artistic interests while spurning international expansion).

He fell in love with the city. Germany has begun to feel “a bit insular,” he said, and, “I was glad to be in New York, which had a very different perspective on how to interpret the world.”

The current Upper East Side Petzel space, which opened in 2015, has focused on jewel-box-style shows of historical series from gallery artists, like early paintings by von Heyl or, right now, 1980s-era paintings by Georg Herold that the artist made by taping together hunks of wood. Pointing to an example by the door, Petzel said that, when he first bought the work years ago, he showed it to his parents. “They thought I had lost my mind!” he said. He made a copy of it for them as a present.

The new parlor-floor venue will have amore expansive remit, showing new work by Petzel artists as well as figures who have not worked with the dealer in New York, or at all. The young German painter Stefanie Heinze, who is repped by Capitain Petzel in Germany, is one of those artists on deck.

The gallery landscape is topsy-turvy right now, with some New York dealers relocating to Tribeca or Brooklyn, but Petzel is enjoying the Upper East Side. “There’s kind of a closer relationship to your clients, because they come for a coffee and you talk,” he said. “In Chelsea, I sit on the third floor and no one ever talks to me.”

The new space seems to be a way for Petzel to nurture small communities—of artists and of collectors—and hone his eye. It’s a chance “to really play,” he said, grinning. “If I felt I had to open a gallery in Madrid, I would feel like, ‘Oh my god, this is just another headache.’ This is a chance to have fun.”

SculptorCentral - October 21, 2019
0
I’m happy to announce that several of my sculptures are being featured at the Parco della Gerardesca of the Four Seasons Hotel, in...

SculptorCentral - November 8, 2019
0
On her last record, Her, as frontwoman of Totally Mild, Elizabeth Mitchell was a newlywed struggling to balance personal ambition with romantic commitment....
Thanks for subscribing! Please check your email for further instructions.