In a case centering on the late artist Robert Indiana‘s work, a majority of counterclaims leveled against the Morgan Art Foundation, which long represented the artist, by Indiana’s estate have been tossed out in a New York district court. The ruling by Judge Barbara Moses dismissed the estate’s claims that the Morgan Art Foundation did not pay the artist royalties owed to him and that the foundation did not have the right to reproduce some of Indiana’s work, including his famed LOVE sculptures. In July 2019, Judge Analisa Torres had dismissed other counterclaims in the suit.

The lawsuit has focused on whether the foundation should be able to oversee the fabrication of works by Indiana, who died in 2018. The original complaint was filed a day before Indiana died, and in it the foundation alleged that Michael McKenzie, founder of American Image Art, and Jamie Thomas, the artist’s assistant and caretaker, had been part of a “scheme to isolate Indiana” and “reap the profits from selling unauthorized and forged works.” 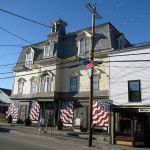 In a statement, the foundation’s lawyer, Luke Nikas, said that this latest ruling “is a significant victory for Morgan Art Foundation” and “another major leap forward toward protecting Indiana’s legacy and shutting down the gross mismanagement of the Estate.”

Reached by ARTnews, James Brannan, the estate’s attorney, said, “Because the Judge has ruled that we are able to pursue a breach of fiduciary duty claim against Mr. Salama-Caro for his self-dealing at the expense of Robert Indiana, the result will be a significant benefit to the estate of the artist, the Star of Hope Foundation, and the legacy of one of the most important artists in history.”

Learn to Make a Sustainable Artist Handbook and Prepare for Existential...

SculptorCentral - January 30, 2020
0
Ever since the release of Studio MDHR’s acclaimed Cuphead in 2017, game studios and distributors have been trying to find novel ways of...
Thanks for subscribing! Please check your email for further instructions.