Sean Kelly Now Represents Su Xiaobai
Su Xiaobai, one of China’s most prominent contemporary painters, has joined Sean Kelly gallery, which maintains spaces in New York and Taipei. Su is best known for his abstract works whose layers of lacquer and oil paint invokes traditional Eastern practices and Western modernism. Su’s paintings have been featured in international solo and group exhibitions at institutions such as the National Taiwan Museum of Fine Arts in Taichung, the Langen Foundation in Neuss, Germany, and the Shanghai Art Museum, among others.

The National YoungArts Foundation Names Recipients of Jorge M. Pérez Award
Artists Ilana Harris-Babou and Mateo Nava are the recipients of the National YoungArts Foundation’s 2020 Jorge M. Pérez Award, which recognizes outstanding mid-career and emerging artists. The award is funded by the Jorge M. Pérez Family Foundation, and winners are selected by Pérez—a storied patron and founder of the development firm The Related Group—and the firm’s art director, Patricia García-Vélez Hanna. Known for video-based work that explores the myth of the American dream, Harris-Babou has exhibited at New York’s Jewish Museum and the Whitney Museum of American Art. Nava’s multidisciplinary practice spans paintings, drawings, collage, and sculpture with a focus on pattern and iconography in dialogue with Latin American visual tradition, and he is currently an artist-in-residence at Miami’s ProjectArt. The two artists will split an unrestricted $25,000 cash prize. 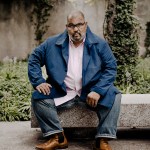 Venus Over Manhattan Adds the Roger Brown Estate
New York’s Venus Over Manhattan gallery has added to its roster the estate of American painter Roger Brown, who died in 1997. Kavi Gupta gallery in Chicago will also continue to work with the artist’s estate. A key figure of the Chicago Imagist school, which rejected the era’s dominant Minimalist and Conceptual trends, Brown created vivid, irreverent paintings that often skewered pop culture, politics, and religion. His work is in the collections of the Art Institute of Chicago, the Metropolitan Museum of Art in New York, and Museum Moderner Kunst in Vienna, among many others. A survey of Brown’s work was recently on view at Venus Over Manhattan through January 11.

Gray Gallery Appoints New Partner in New York
Gray gallery, which maintains spaces in Chicago and Manhattan, has named Sharon Kim as a partner in New York. Kim will join the gallery this summer after 26 years at Christie’s, where she most recently served as international director of Impressionist and modern art. She has previously worked as head of day and works on paper sales and as senior vice president of Impressionist and modern art at Christie’s in New York. In her new post, Kim will work with Gray’s principals Valerie Carberry and Paul Gray.

Costa Rica Athletic Center Is Its Own Village Among the Trees

SculptorCentral - December 5, 2019
0
Removal of the Sackler name from the Tufts University School of Medicine (photo by and courtesy of Alejandro Ramirez-Cisneros, Tufts University)This week brought...
Thanks for subscribing! Please check your email for further instructions.