New York City based SOFTlab has imagined some pretty incredible installations the last few years, all merging experimentation, technology, and creativity. Their latest project, Grotta Aeris, falls right in line and this time, the design studio created a crystalline, copper-clad structure in Raleigh, North Carolina, that greets visitors in a newly renovated lobby designed by Gensler.

The structure, which is clad in copper-finished composite panels, looks as if it grows out from the elevator bank in an organic shape inspired by the crystalline growth of natural elements. Traditionally, copper grows in a structured manor until it reaches something in its environment that makes it change its pattern. 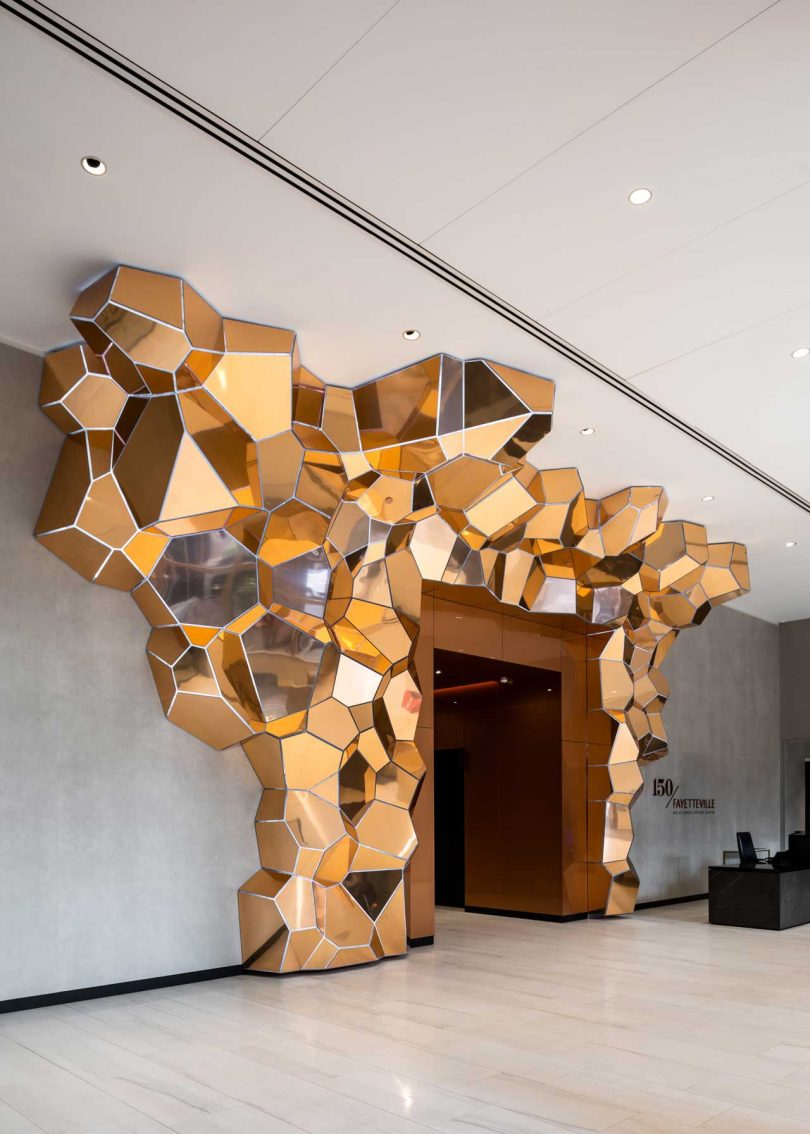 The piece frames the open entry from the floor, up the wall, and onto the ceiling where it easily could have felt overbearing in the space. To make it feel lighter, they backlit the structure with a subtly changing animation that can be seen through the seams. The changes in light give the geometric piece life, as if a chemical reaction was slowly happening. 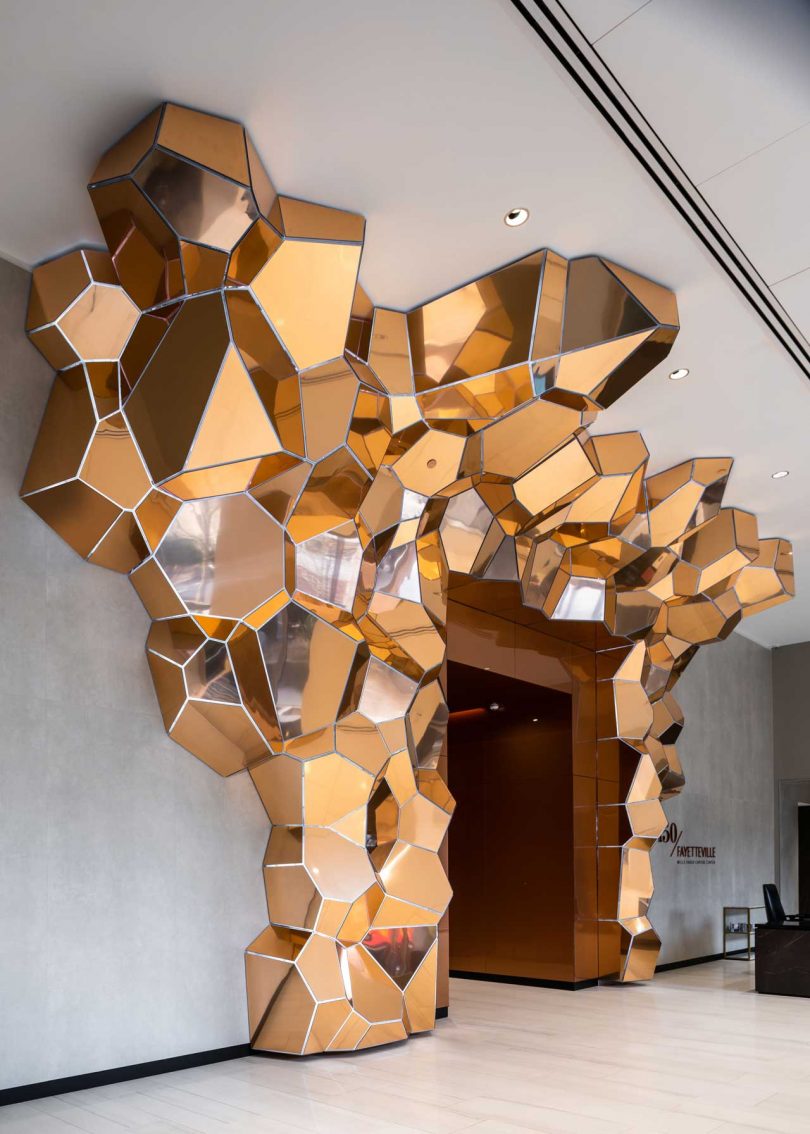 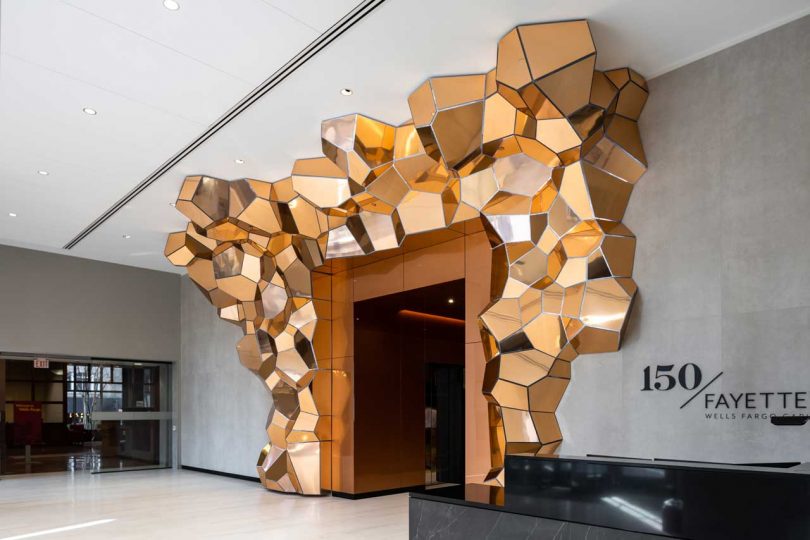 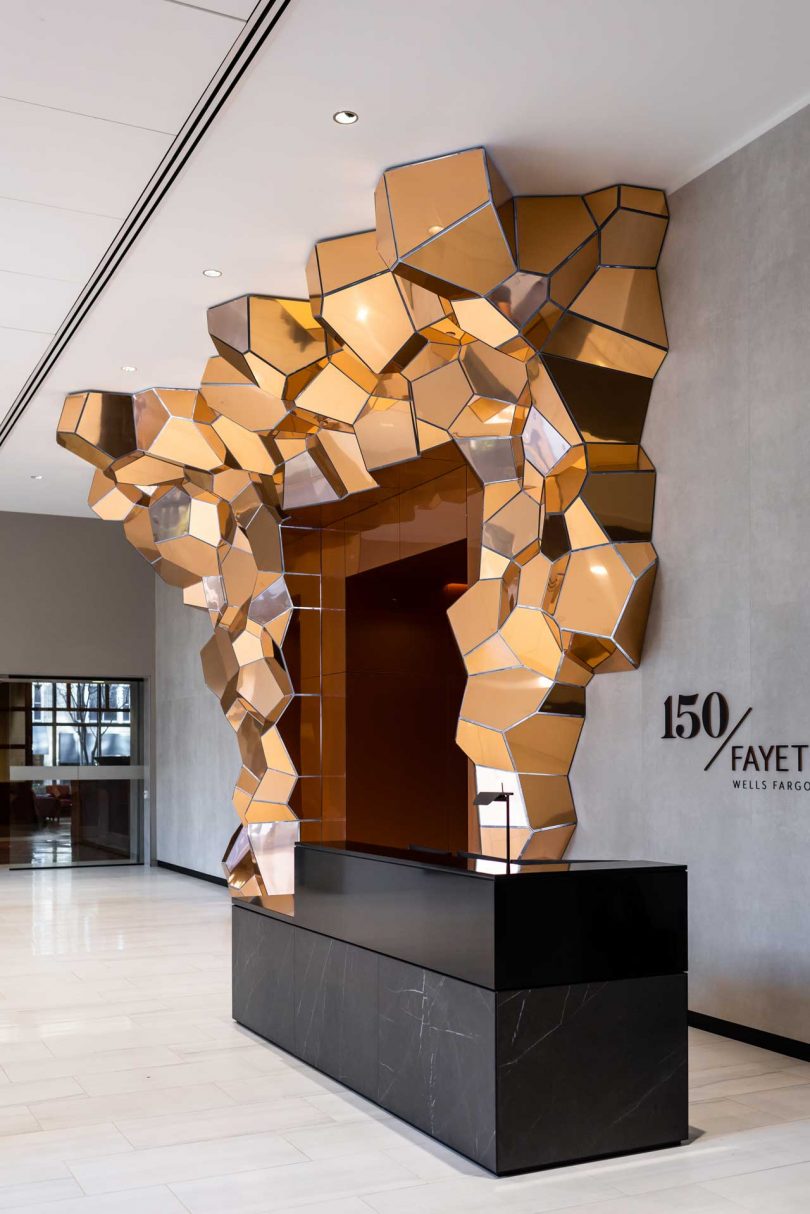 While the piece appears to grow out from the elevator core, it is the reflective surface of the copper panels that actually brings in the activity of the lobby and context, collapsing the surrounding activity into an unexpected three-dimensional kaleidoscopic image of the piece’s surroundings. 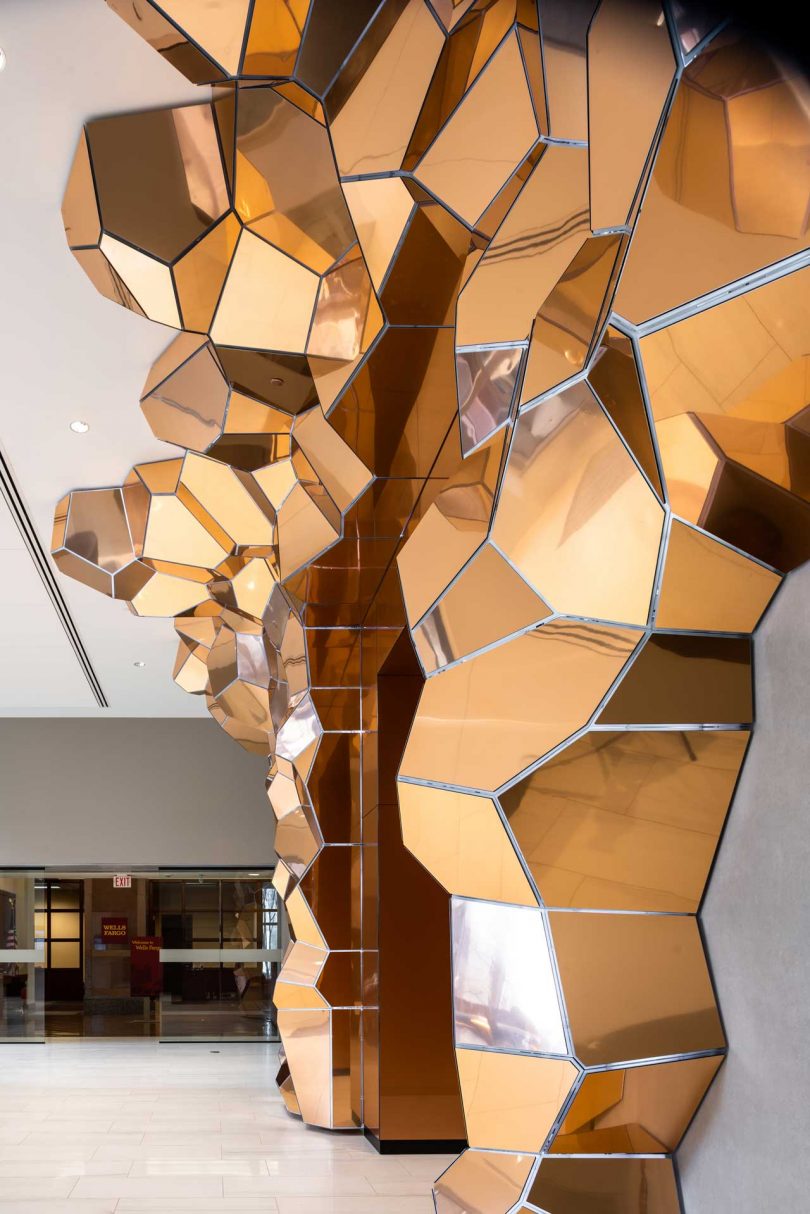 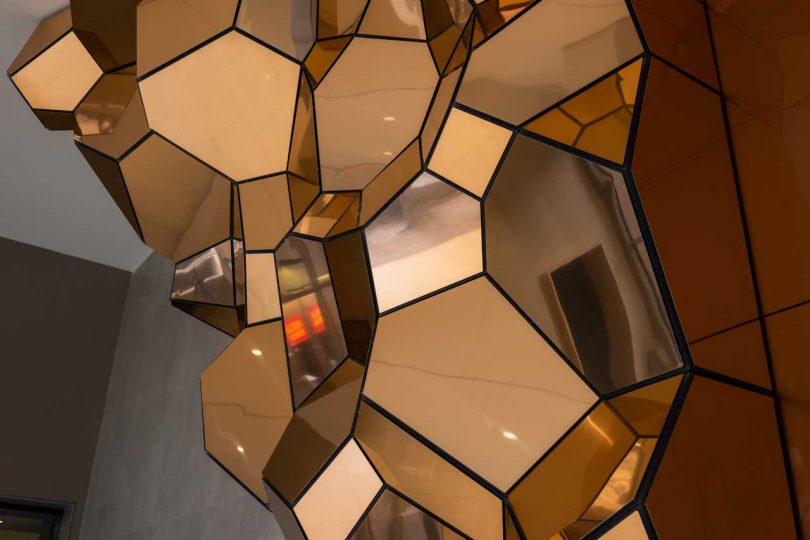 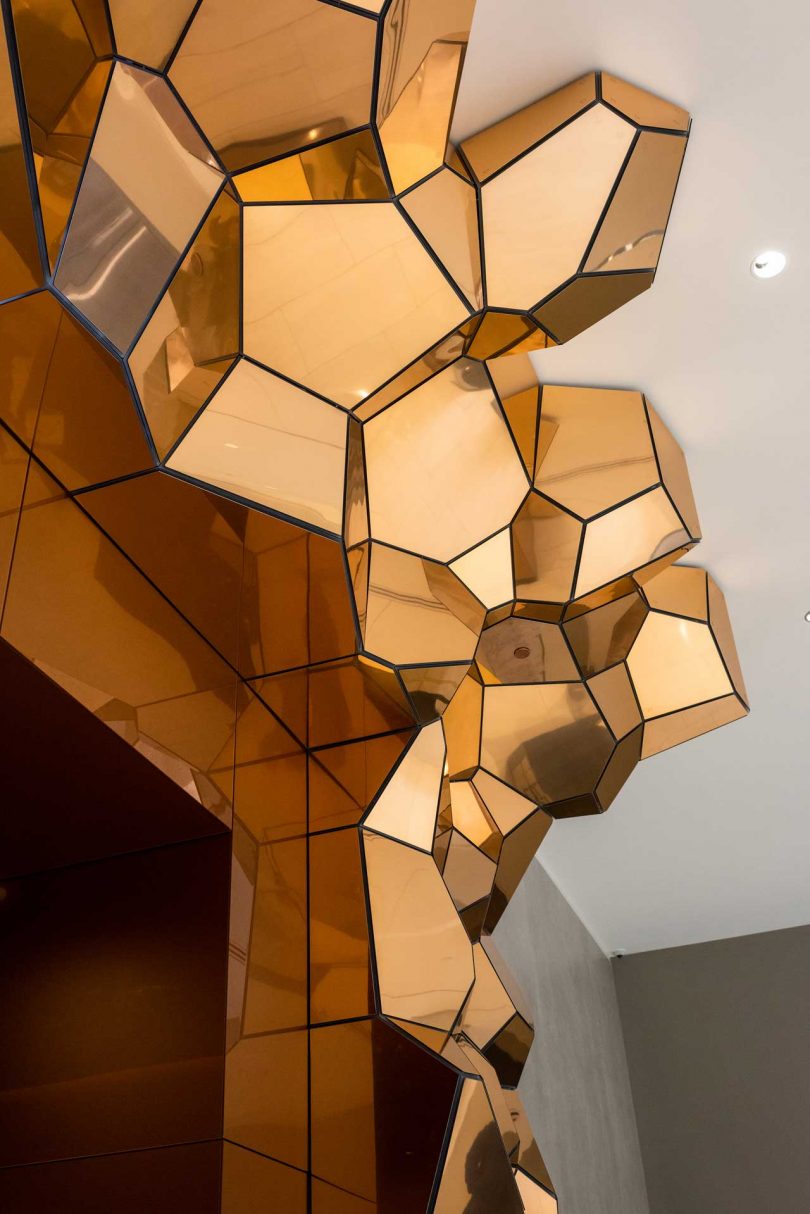 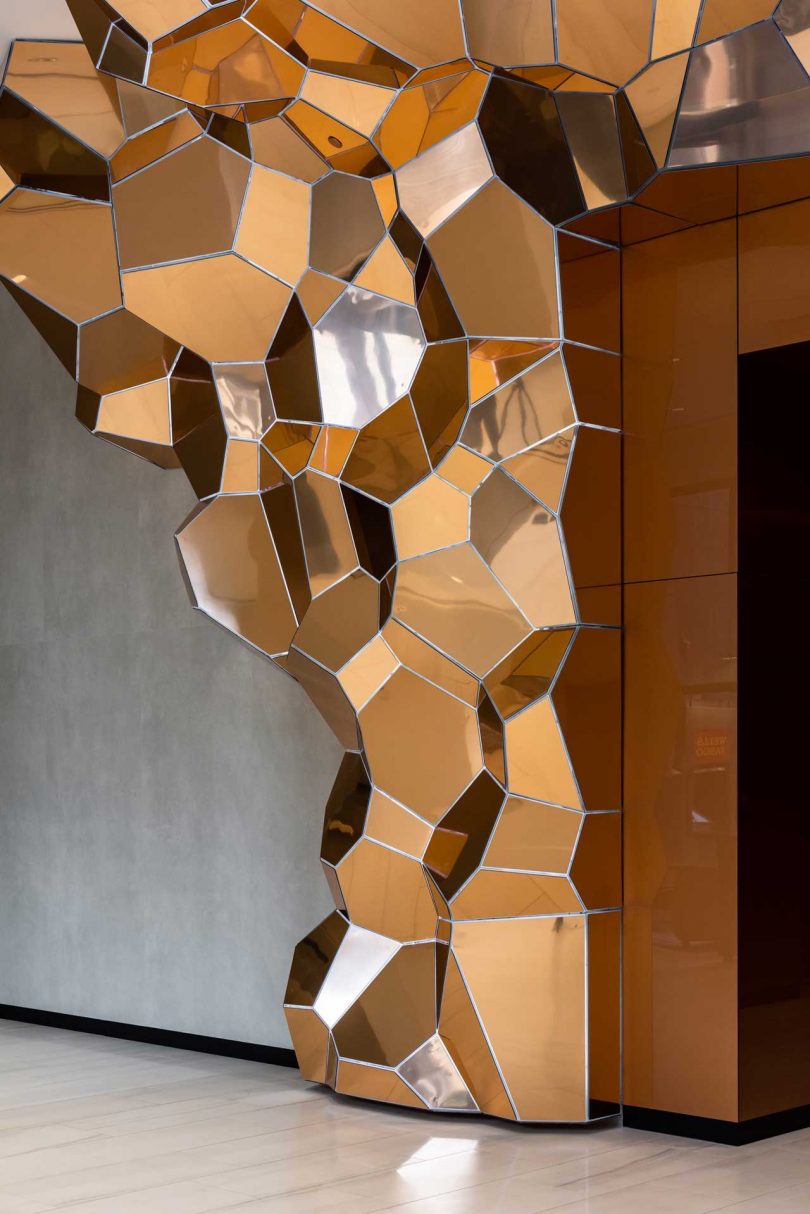 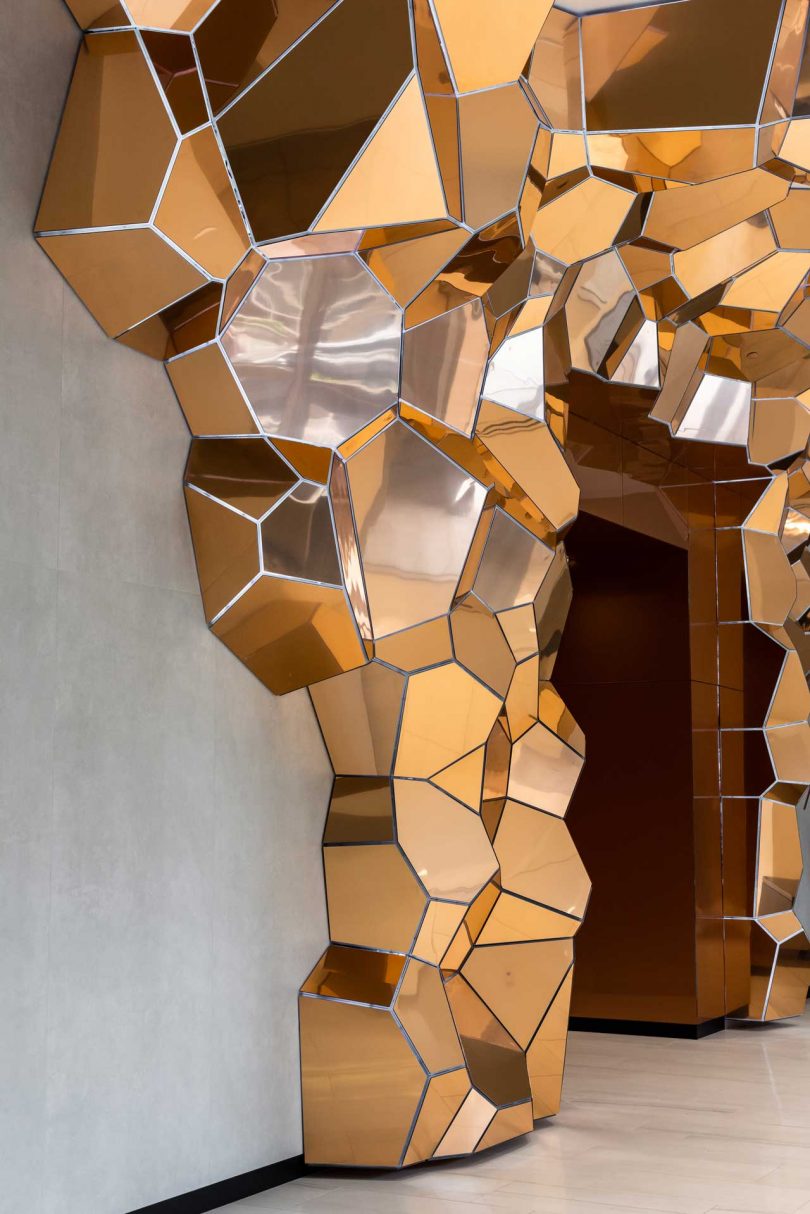 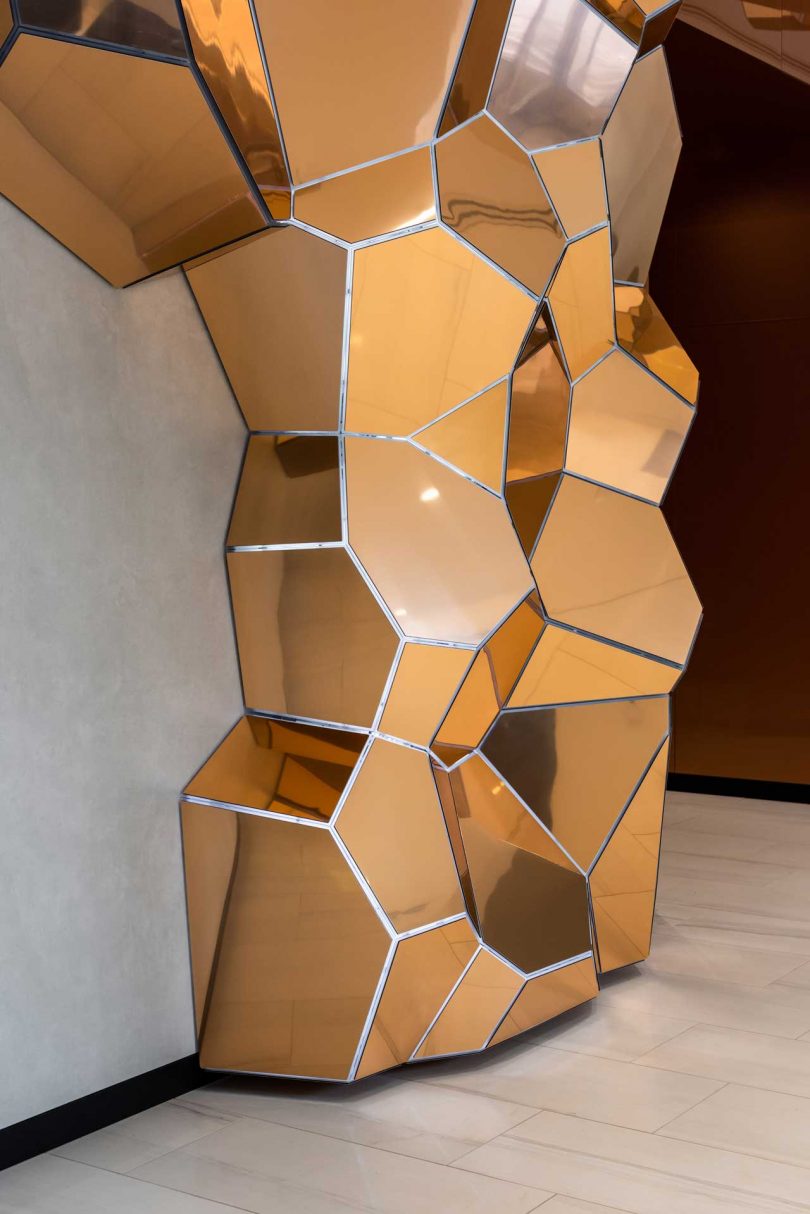 What is Scarlett Johansson’s problem?

HOPE ON THE HILL – Artists Reception and Fundraiser at Studios...