“Art of the City” is a weekly column by Andrew Russeth that runs every Tuesday.

It still doesn’t seem real. Dean & DeLuca—the gourmet grocer that began serving SoHo’s bevy of artists and art dealers more than 40 years ago—has closed its flagship branch on the corner of Broadway and Prince. As of early October, its mountains of gourmet cheeses, its endless cases of cakes and pastries, and its baskets of obscure fruits and vegetables are all gone.

The company had become a global enterprise, with more than 40 branches, but Pace Development, the Thai real-estate firm that purchased it in 2014, had reportedly been having trouble making its finances work and began closing stores last year. Devoted fans had hoped that the grand SoHo space would survive. It did not. Now only two locations remain—very far away, in Honolulu. 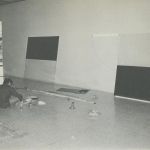 “I mourn the loss,” the artist Betty Tompkins, who has lived in SoHo since the 1970s, told me in an email. “It was one of my go-to places for takeout food and the most convenient one to boot. No matter what diet I was having to follow, they had good food for me to eat.”

“What a shame,” the dealer Jeffrey Deitch, who has two galleries nearby, said by phone from Miami. “It shouldn’t have happened.” Deitch had been a customer since the beginning, working at the John Weber Gallery on West Broadway in the mid-1970s when Giorgio DeLuca was running a cheese shop over on Prince Street. “I went there virtually every day for lunch,” he said. “They had the best takeout sushi in SoHo.

“I remember what a sensation it was—just a little place,” Deitch continued, referring to that first shop. “This was a time when having all these artisanal and imported cheeses was very unusual. Now it’s ubiquitous in America, but this was very new.” DeLuca made fresh cottage cheese at the time—and the dealer was a fan. “It was the best I’ve ever tasted.”

In 1977, DeLuca teamed up with Joel Dean and Jack Ceglic to open the first Dean & DeLuca across the street from the cheese shop. It was stocked with dishware, cookbooks, and seemingly every type of food. Ceglic provided its spare, finely polished industrial design. It was “a magical wonderland for a hungry kid,” said Rainer Judd, a filmmaker whose artist father, Donald Judd, gave her and her brother Flavin paper cards issued by the store that allowed them to make purchases on credit. “You could be 8 and buy Virginia ham.” The children of local art types were regular customers. For Lucas Cooper, the son of the pioneering SoHo dealer Paula Cooper, it is the pain au chocolat that he remembers best.

Rainer and Flavin Judd’s mother, the dancer Julie Finch, would shop there when organizing big dinners at their home at 101 Spring Street, which is now a museum and exhibition space—with a preserved second-floor kitchen sporting cookware purchased from Dean & DeLuca. “Giorgio was pivotal,” Rainer said of the neighborhood fixture who would teach her mother about new products.

Though Dean & DeLuca developed a reputation for its aggressive pricing (which could border on the comical) and celebrity clientele, many longtime SoHo denizens emphasized the key role it played in a neighborhood that had few shops of any kind when artists began inhabiting the area in the 1960s. Before it arrived, Finch once said, “to get dill I had to walk all the way up to 8th Street!” (That was where a Grand Union was located.)

For busy artists, particularly, the store was essential. “As a total non-cook, they filled a big hole in my life … my mouth,” Tompkins said. Fellow artist Robin Winters said that the store’s sprawling final home, which opened in 1988, “was convenient as it was so close to my studio. I would buy their chicken potpie on cold days and their licorice candy at Christmas.” Winters did note that the first incarnation was “a harbinger of the bourgeois things to come” in the area: “I probably have more of a feeling of loss for Dave’s Corner”—a long-passed luncheonette on Canal Street—“than I do for Dean & DeLuca,” he said.

As more and more galleries opened in the neighborhood throughout the 1970s and ’80s, Dean & DeLuca became a central gathering place. “It was a SoHo landmark,” Deitch said, comparing it to Paris Café (the famed Berlin restaurant of Kippenberger) and the Café de Flore (the storied Paris coffeehouse of Huysmans). “You could walk in there and, for sure, if you were part of the community, you would know five, six people.”

Before visiting galleries one day with Mick Jagger in the ’80s, Deitch made a stop at Dean & DeLuca for a cappuccino. The Rolling Stones frontman asked for some sprinkles of cinnamon on top and was told no—they only used chocolate. The place had its standards: a viewpoint as discerning and specific as any good art dealer or curator.

“We were selling our taste,” DeLuca said in an oral history interview with the Judd Foundation in 2007. “Our taste was our intelligence.” He and his partners eschewed the typical tropes of the grocery business, like decorating products with ribbons and bows. “It was about the food, stacked up and presented without additional prettifying,” he said. “They didn’t know they wanted olive oil, they didn’t know they wanted goat cheese.”

“We put it in a modern, attractive, exciting setting that made them trust it, that they could try it,” DeLuca said later. “Then I pushed it on them!”

“It was the first place that I heard about smoked mozzarella and sun-dried tomatoes and stuff that, during the course of the ’80s, became mainstream gourmet,” the artist Nayland Blake said. Blake worked there stocking shelves when the place was still young, doing the tricky task of carefully arranging, say, countless jars of olive tapenade on the uneven surface of metal-wire shelving and cleaning the immaculate floors at the end of the night.

“That was a time when SoHo really was a neighborhood,” Blake said. “Yes, it was the neighborhood grocery store, and it was chicer, but it was much more about having good food that other people didn’t know about.”

It was “one of many cultural innovations that came out of SoHo and spread around the world,” Deitch said.

Rainer Judd concurred. “What was beautiful about Dean & DeLuca was its invention,” she said. “Artists at that time were creating the world anew, demanding of each other a certain originality of living and life and floorplan and art and dance and performance and music. Dean & DeLuca was in line with all of that.”

DeLuca himself has even spoken about the project like an artist. “We understood that you could learn to perceive better,” he said in the oral history. As people try new foods, he said, “your ability to perceive better increases, so you can perceive more accurately, so then you can grow yourself from the inside out.”

There is no shortage these days of well-appointed supermarkets in New York: a horde of Whole Foods, small specialists like Brooklyn Larder that embrace the most rarefied and obscure (and expensive), the action-packed new Wegmans in the Brooklyn Navy Yard. But no place has quite the bracing vision of Dean & DeLuca, which always promised new discoveries. Perhaps none could, in an era when every local supermarket hawks charcuterie and goat cheese.

But Dean & DeLuca also grabbed the collective imagination because of its avowed obsession with quality. Shopping there, you sensed you were buying the best pate, the freshest oysters, the most prime steak. When it closed, Deitch said, “I read all these blog posts of people blasting it for being too expensive, but it was always crowded because, in my opinion, it was worth it.”

“Do you remember the way the olives were presented?” Judd asked. “They were literally in ceramic vessels. It was just crazy elegant. In terms of presentation, it was so damn classy. You learned a lot.” Listing off some of its many unique offerings, she said, “I think we took it for granted a little bit.”

For now, the space that played home to the heart of Dean & DeLuca sits empty, following a late-October auction at which all of its equipment was sold. There is no indication of what will take over the location. “I would hope that it can come back, that somebody will open some similar food store there,” said Deitch, who has other lunch habits these days. “Now I wait in line in at the Smile,” he said, “which is excellent, too.”

SculptorCentral - November 19, 2019
0
When it’s associated with eating or drinking, as it was pre-Netflix, bingeing isn’t regarded as a positive practice. It’s about filling up fast,...

Christie’s Stands by Its Decision to Sell a $1 Million Roman...

SculptorCentral - December 5, 2019
0
To receive Morning Links in your inbox every weekday, sign up for our Breakfast with ARTnews newsletter. Art Basel Miami Beach Art Basel Miami Beach opened yesterday to VIPs and invited...
Thanks for subscribing! Please check your email for further instructions.