When Mount Vesuvius erupted in 79 CE, thousands died in the buried towns of Pompeii and Herculaneum, which were perfectly preserved. Now, a new study reports that the brain of one victim turned into glass because of the intense heat of the eruption.
The Art Newspaper

In an article titled “Next steps for the Erie Art Museum,” journalist Liz Allen reports on the hiring process of the museum’s ousted director, Joshua Helmer.
Erie Reader

A job posting with the title of “head of coffee” at the Tate Britain sparked controversy in London, with critics decrying that the £39,500 salary is well above the average salary for curators in the United Kingdom. The museum defended the posting.
The Guardian 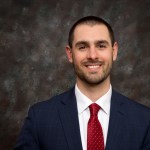 After her contract was cut short in August, Cecilie Hollberg, the German-born director of the Galleria dell’Accademia in Florence, will return to her post. Her dismissal was seen by many as an attempt to remove foreign-born people from leadership positions at Italian museums.
ARTnews

Artist Victor Ehikhamenor, who exhibited in the Nigerian Pavilion at the 2017 Venice Biennale, argues that Africans shouldn’t have to travel to Western institutions to see work made by their ancestors. The objects should be returned, he writes, “If returned to where they belong, these artworks would have a great impact on the future of Nigerian contemporary art.”
The New York Times

A review of David Zwirner’s current solo show on Noah Davis, which pairs numerous paintings with a room dedicated to the Underground Museum, which Davis cofounded. His untimely death at age 32 in 2015 “hangs like a cloud over the marvelous survey of his work.”

W magazine tours the Los Angeles home of Bettina Korek, the current head of Frieze Los Angeles, who will soon be heading to London to lead the Serpentine Galleries. (She’ll be holding onto the house, though.) It’s filled with work of L.A. artists, like Alex Israel, Laura Owens, and Liz Glynn.
W

Martin Kemp laments the disappearance of the record-setting $450 million Salvator Mundi by Leonardo da Vinci, which seemingly will not be included in the Renaissance master’s retrospective at the Louvre.
The Art Newspaper

See images of Wright Morris’s photography of Depression-era America, which have often been compared to Walker Evans and Dorothea Lange.
The Guardian

SculptorCentral - January 25, 2020
0
Her car decloaked behind her. It was patterned, someone had told him, on something called a Dymaxion, though he’d never bothered to look...

Artists and architects think differently to everyone else – you only...