Over the past decade, China has seen a proliferation in private art museums opening around the country, primarily in Beijing and Shanghai. Yet another museum of the sort will open in March 2020: the He Art Museum, which taking its name from the word he, meaning harmony, balance, or fortune, and which is also the name of its founder, collector He Jianfeng. Located in the Shunde district of the city of Foshan in the Guangdong province, which is part of the greater metropolitan area that also includes Guangzhou and Hong Kong, the He Art Museum will focus on the art and culture from the surrounding region, particularly the Lingnan School, a style of painting begun by artists active during the early 20th century in the three coastal provinces of Guangdong (known as Canton), Guangxi, and Hainan. 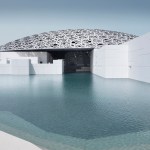 The 172,000-square-foot museum, which is designed by Pritzker Prize winner Tadao Ando, will mount exhibitions related to its permanent collection focusing on Lingnan art as well as shows with work by international artists, including Alexander Calder, Pablo Picasso, Anish Kapoor, Damien Hirst, and Yayoi Kusama. Its inaugural exhibition, “From the Mundane World,” curated by Feng Boi, will look at ecological change, particularly as it relates to humans and their environments—a key issue in southern China, which has been transformed by rapid urbanization.

To learn more about the He Art Museum, ARTnews interviewed its founding director, Shao Shu, who from 2012 to 2017 led the curatorial team at the Long Art Museum, another private museum founded by ARTnews Top 200 Wang Wei and Liu Yiqian in Shanghai.

ARTnews: How did the He Art Museum get its start?

Shao Shu: The He Art Museum is based in the hometown of its founder, He Jianfeng, who dedicated the museum to promoting Lingnan culture, which is indigenous to Shunde. He created a platform to showcase rare Lingnan School art, which is a fast-disappearing style of painting, and to advocate for the continuation of this style.

AN: What is your vision for the museum?

Shao: HEM is devoted to the collection, research, mounting exhibitions, education, and the dissemination of knowledge about modern Chinese art and global contemporary art. It aims to build an exchange mechanism for international art grounded on local cultures and to provide a platform to further the research of Chinese art history and the development of Chinese and international art practices. We want HEM to be part of the community, a resource that people feel that can take pride in and have their own sense of ownership. It is open for all and open to everyone’s individual interpretation.

AN: Why the focus on Southern China?

Shao: We want to look out from this geographical point and offer context. It isn’t that the artist community is overlooked. The Lingnan School is well-known and regarded in the region. Western audiences haven’t seen or heard of the artists involved. We are part of the Greater Bay Area, a large area that has a population of around 70 million people and includes Special Administrative Regions such as Hong Kong. The He Art Museum hopes that it can be different from other art museums in China, which are often less concerned with the country’s art and culture. The museum is seeking to change the local art ecology and provide local artists more opportunities and possibilities.

AN: How, exactly, will the He Art Museum stand out as an institution?

Shao: Art museums are beneficial for the cultivation of artistic and aesthetic perception. The development of the art scene in the Greater Bay Area has been extremely uneven. Hong Kong and Macao are relatively prosperous and have their own unique styles. Shenzhen has had a very speedy growth in recent years, but it has not formed a stable cultural context. HEM aims to create a high-quality platform for art exhibitions, research, and education in order to stimulate [the local art scene]. We believe that the arts are one of the core motivations for the development of society. The community where the art museum is located is more industrial in nature. Most of the surrounding people have very limited access to opportunities to participate in art, and they don’t yet have the habit of seeing it. Therefore, it is a new dawn for a museum in the region.

AN: Can you talk about the museum’s opening exhibition, “From the Mundane World”?

Shao: HEM’s inaugural exhibition will consist of two shows, a thematic exhibition and a collection exhibition. The thematic exhibition is divided into three sections: “Experience All Things,” “Doctrine for ‘Sole’ Material Development,” and “Mundane Canteen,” all of which present contemporary artworks focusing on ecological systems between humans and nature, with a local perspective on the cultural sustainability. In HEM’s collection exhibition, a large number of modern and contemporary artworks are presented in two sections: “Milieu in Change” and “On the Rise.” The exhibitions question the fundamental relationships between nature and urban life, mass consumerism, and human progress, all as a reflection of the current pace of life, making viewers question their existence and their everyday life.

AN: Do you have plans to partner with other arts institutions in China?

Shao: In 2020, HEM will cooperate with Museum 2050, a China-centric platform that looks at museum development. We will host the “Museum 2050 X HEM” symposium in Shunde after our opening. The symposium aims to create a platform for research on the key issues facing Chinese cultural organizations in the future from a native perspective. Also, it aims to gather youth around the nation to communicate and share ideas, which provides rich resources for energetic art communities and dialogue.

AN: Have the ongoing protests in Hong Kong had an impact on Shunde?

Shao: No. As a comprehensive strategy for development, we believe the whole Greater Bay area will thrive and flourish under the guidance of the state, and we totally trust the guidance of the government. If we must talk about the impact, the situation in Hong Kong will have a greater impact on overseas art practitioners, collectors, and art lovers. Many of the guests who planned to participate in the Art Basel Hong Kong will cancel their trips because of what happened in Hong Kong. Some of them may even rule out visiting South China altogether.

AN: Broadly speaking, what do you see as the role of the museum in the 21st century?

Shao: These days, one of the most significant roles of an art museum is its educational function. A museum should play a large role in public education. For an art museum, it is important to establish a relationship with the public. In large cities like Beijing and Shanghai, there are fixed audiences with developed museum-viewing habits. However, in Shunde, that is not the case, so we must change the context to communicate with the public. As a result, HEM cannot just plainly explain art history and art theory. We need to cultivate the region to develop a long-term habit to visit museums frequently and for audiences to establish their own perception of aesthetics. The art museum has always been a Western concept in China. I hope that through the domestic private art museums and official art museums, we can work out a way that is suitable for China, and we can cultivate our own model of museums in this country.

Love comes in many forms in an uplifting anthology of modern...

SculptorCentral - November 5, 2019
0
As the series’ joyful opening credits suggest, the love of the title comes in many forms and it ignores barriers of age, race...

The Best and Worst of the Art World This Week

Coming soon to a cinema near you

SculptorCentral - November 25, 2019
0
﻿ Illustration #street art #water November 25, 2019 Laura Staugaitis Since receiving a power washer for her birthday this fall, Dianna Wood has turned her driveway, and those...
Thanks for subscribing! Please check your email for further instructions.